David Kleynhans has set his sights on completing four “Everestings” on different Western Cape mountain passes in just one week, with the first attempt taking place on Bainskloof Pass on Sunday (October 27).

Du Toitskloof Pass will follow on October 29, The Glen in Camps Bay on October 31 and Ou Kaapse Weg Pass on November 2.

Kleynhans will do repeated circuits up and down each pass in order to achieve a total ascent in each case of the height of Mount Everest, which is 8 848m. 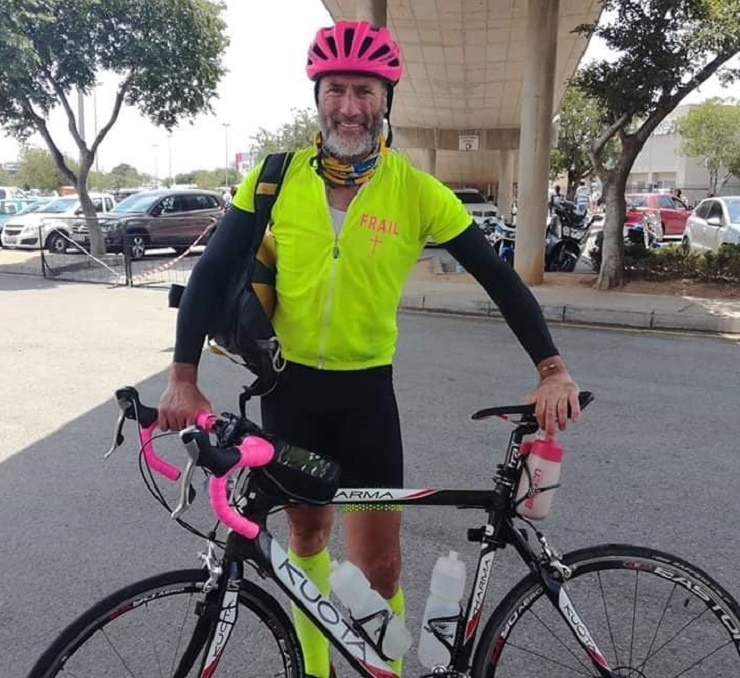 Speaking ahead of his attempts he said he felt ready to conquer Everest four times.

“I’ll have 12 hours between finishing and starting each attempt,” said Kleynhans, who achieved a new personal best time when he completed his fourth Everesting attempt at the end of August.

“I’m prepared, I’m eating healthily and getting good rest. I’ve also been training a lot and feel that I’m ready.”

If he succeeds in all four attempts he may set a world record.

“I’m busy inquiring with Everesting.com and other organisations. A world record will really mean a lot to me,” he said.

Kleynhans decided 15 years ago to use cycling to raise funds for homes for the elderly, with his Everesting attempts one of the main methods.

“I wish to attempt the unthinkable and go beyond reality to raise awareness for the homes,” he said.

Following this challenge he plans to cycle up the east coast of South Africa to Pretoria and then back to Cape Town via Swellendam, covering a total of 4 300km in 15 days.