South Africans Charles McFall and Matthew Keyser surprised even themselves when they won a stage and placed second overall in their maiden Colin Mayer Tour, which finished in Mauritius today.

The 39-year-old McFall said they were in good shape heading into the three-day mountain bike tour, but had no serious expectations.

“We had no idea who would attend, but after seeing the final roster we suspected we may have a chance of a podium.”

Keyser said they did not expect to win the final stage, adding, “We’re also super happy with the second place overall.” 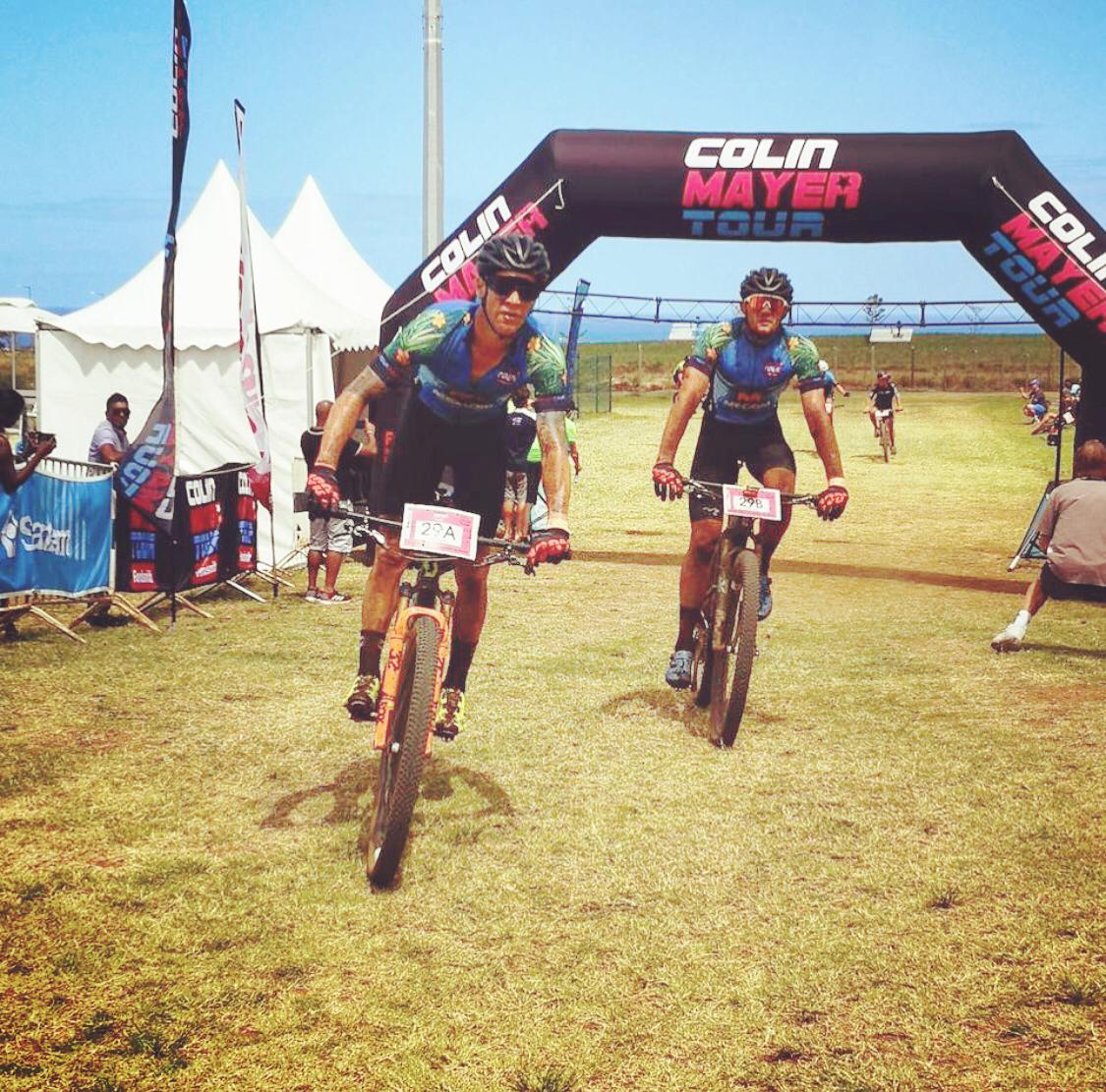 McFall said the racing was hard and fast from the outset, but there were really only three teams and one solo rider who escaped relatively early each day.

“After that it was a war of attrition as to who would drop first. Various factors divided the podium teams out every day.

“We suffered particularly badly on the second day as the heat took its toll, but on the third day we felt better and put in a few digs here and there.

“We were keen just to consolidate second as we saw that attempting to find the four minutes we lost to the [ultimate] winners on the first day was futile.”

He added that they pushed hard until the end. But the leading bunch decided that they would stake the stage win.

“This was great consolation for pushing hard over the three days. That is the great thing about mountain-biking: chivalry and sportsmanship are alive in the sport.”

Yannick Lincoln and Alexandre Mayer of Mauritius were the eventual winners, with South Africans Andrew Hill and Travis Stedman third.

Regarding his partnership with the 20-year-old Keyser, McFall said he was still quite young but full of spirit and technically very good.

“I’m more of an endurance sort of diesel, so we push each other to challenge our weaknesses. But the opposite styles seem to complement each other.

“Matthew would guide me technically and I’d keep him sheltered from the wind in the more open sections.”

As this was their first time at the tour they were keen to see what Mauritius had to offer and found the riding excellent.

“It was a great route for proper mountain-biking. The challenging terrain along with sweltering heat and humidity made it a great challenge and quite different to what we’re used to.”

McFall said the recent Tour de Maurice, in which he was the highest-placed South African, finishing sixth, was good preparation for this event.

“Having been here the previous week for the Tour de Maurice, which was my first objective really, helped us acclimatise.”

Keyser added that he enjoyed riding in Mauritius. It was also the first time he’d ridden on the beach.

“I learnt to just stay consistent throughout. The weather here was also very hot and humid. This was a bit of a challenge.”