The Paris-Tours is a race that South African Morne van Niekerk has been watching with growing interest since he started as a junior, and the 24-year-old finally ticked it off his bucket list last weekend.

The St Michel-Auber 93 rider placed 55th out of the 64 riders who finished the 217km race from Chartres to Tours.

“With the addition of the gravel sectors in 2018 I wanted to do it even more than ever,” said Van Niekerk.

“This year I was really hoping to be in [line for] selection for the team and I was super stoked to have made it.” 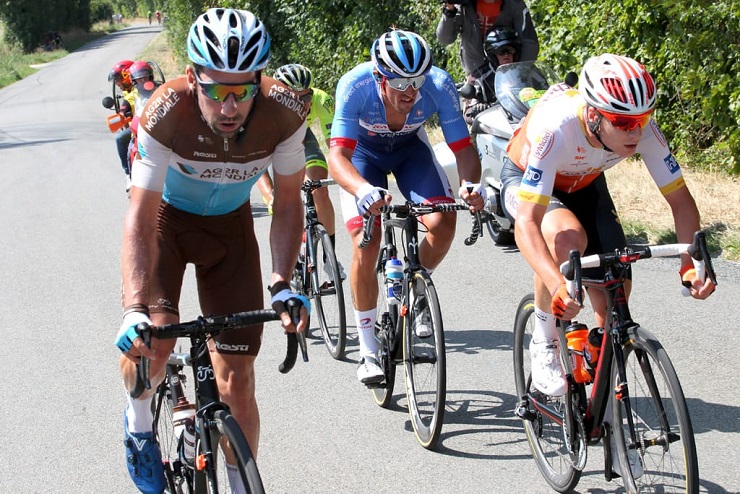 He described his experience at his debut Paris-Tours as “epic”, but said initially he felt somewhat wary due to the gravel sections and the wind.

“I really did enjoy the sectors in training and I felt comfortable riding on the gravel.

“Unfortunately race day didn’t come on a good day. My legs were a bit off and I was caught behind a crash before the big gutter section. But with a good group I managed to ride back.

“With between 40 and 30km to go I bonked and the lights went off. I kept fighting all the way to the line but it was an extremely hard day out with the 60km/h-plus winds.”

Van Niekerk said the nine gravel sectors with a difficult hill preceding each one, stomach cramps and bonking were obstacles, but there was a silver lining to the race.

“Highlights were riding on the front of the echelon in the crosswinds with big names and being in the front going into the gravel sectors.

“It’s cool to ride alongside such top riders, but during the race I didn’t really think about it.

“The coolest moment was chatting in Afrikaans with Reinardt Janse van Rensburg for a couple of kilometres.”

Van Niekerk, who is currently living in Larche, added that he did not learn much more than what he had learnt already this whole first season in the professional bunch.

“I did however make a big star next to this race’s name as I would love to return.”

Next up for Van Niekerk, who has spent two seasons in Europe but has done two- to three-month stints since 2016, is the off-season and a much-needed rest.

“I’m coming to SA for November and December to spend time with family and enjoy the African sun.

“Next season I want to improve on this one. It was a tough learning season, but I’m keen to redo it next year, being smarter and stronger.”

He said the support he had received from his home country during his time competing internationally had inspired him.

“Sometimes I feel down or disappointed and then I read the messages of support and realise that in fact it didn’t go as badly as I thought.”