Teenager Sheldon Muller is looking forward to a successful career with the Cycle Power team, which he joined officially at the end of September.

This is the first team for which the 19-year-old has signed and it is his first year racing on the road.

“I’ve been mountain-biking previously and always wanted to do some road-riding,” said the Tzaneen-born Muller, who placed second overall in the men’s team race at the 3 Towers MTB Race Challenge last month.

The first-year U23 rider met the team while a spectator at last year’s Tour de Limpopo. 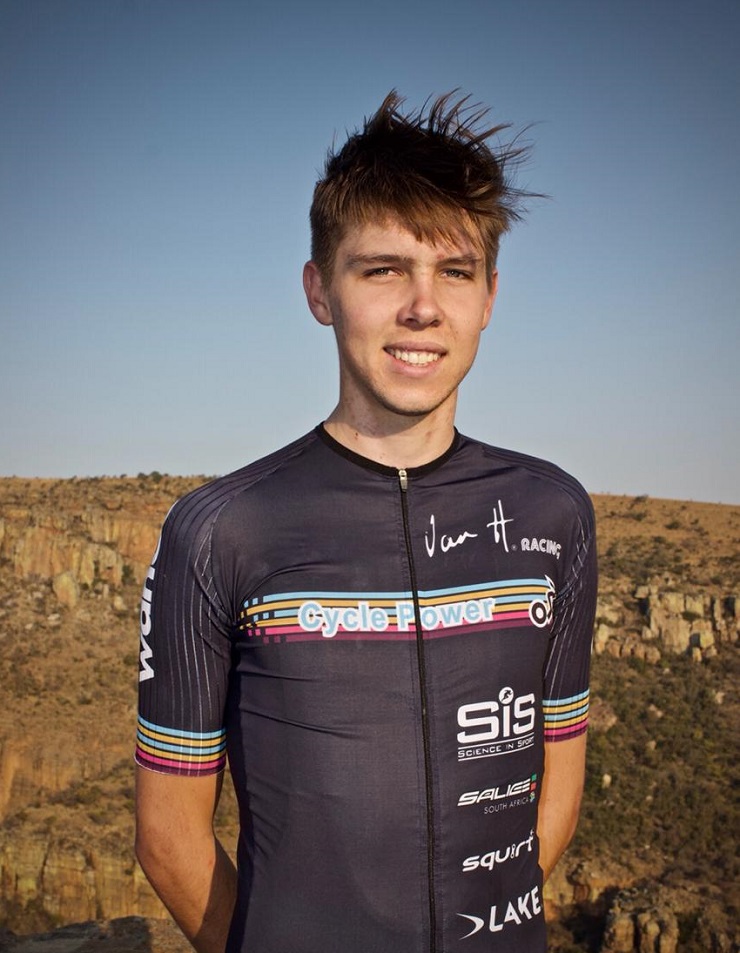 “It was definitely one of my goal teams to join since meeting them.

“I was officially selected during the Mpumalanga Tour which I rode for the team,” said Muller, who finished 14th overall in the four-stage tour.

The accounting student at the Pearson institute, Pretoria, said he hoped to learn race strategies, new techniques, ways of building his strength and how best to work as part of a team.

On what he would bring to the team he said, “I’d like to help out everywhere I can as a domestique while I learn.

“I also want to help build the team’s image and assist them in working together for the best results we can get.”

Muller said it was an honour to ride for the team and he believed it would develop him as a rider.

“They’re very supportive and the determination I gain from being part of the team can be seen in everything I do.

“Being part of the team opens new doors to racing, getting exposure, learning from all the others and becoming a better rider in general.”

As part of the team he would help the stronger riders where he could.

“As I get stronger I’m sure I will climb the ranks and build my performance in races.”

His next race with Cycle Power will be this weekend’s Satellite Classic.

“I keep learning from every race and building my strengths and reducing weaknesses.”