The silver medal Martin van Wyk won in his scratch race yesterday at the UCI Masters Track World Championships in Manchester, Great Britain, was a major confidence booster for him as he heads into the points event tomorrow.

The 49-year-old Benoni resident, who placed second in the 45-49 category, said he was happy with silver but would obviously have preferred gold.

“It does give me confidence for my points race, which I believe I am better at than the scratch.”

Van Wyk has competed in numerous masters track world champs and said he expected to medal in this event. 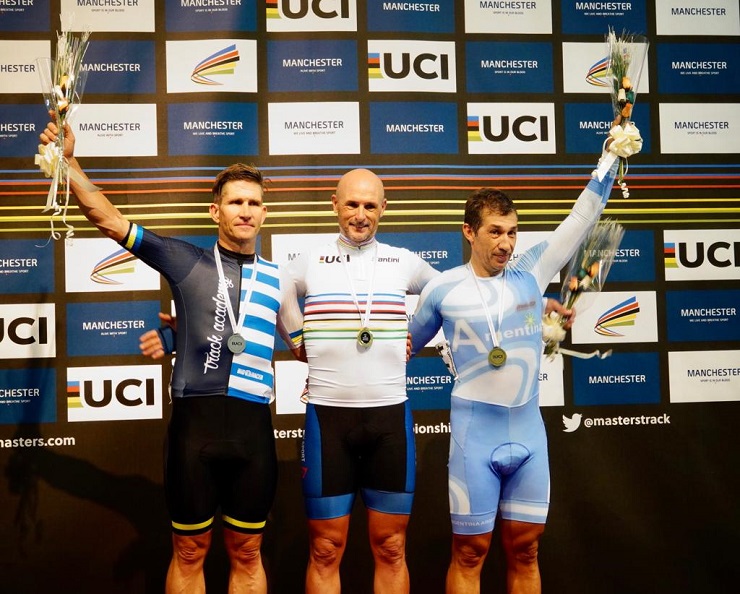 “I won bronze in the 35-39 points race in 2006. I came again in 2015 and got fourth in the scratch and points races. I was leading the points race, but crashed with 10 laps to go. I managed to get back on and finish fourth, but lost out on valuable points.

“This year I focused the last three months on training for bunch racing. I only entered the scratch and points races and opted not to enter the individual pursuit so that it did not take away from my bunch racing.”

In his build-up to worlds he also used road racing to complement his track work.

In his scratch race yesterday, Van Wyk controlled most of the race by forcing an early break of six, which split the bunch into three.

“This ensured fast racing from the start and helped control the local riders from Great Britain. They had six riders in the final and so did Argentina, so I was a bit outnumbered.

“The racing came back together and I got boxed in with four laps to go, but managed to get out with two laps left. I attacked and started my sprint with one and a half laps to go.

“I got the jump on the bunch, but was pipped on the line by the Argentine [Alejandro Acton].”

Van Wyk felt the race went better than expected and he did not think he could have done much differently.

“The challenge was being outnumbered, but my legs were good enough on the night to control and eliminate any attacks.

“Highlights were being able to lead the sprint out with a lap to go and opening a gap on the bunch even though I was beaten on the line.”

Van Wyk, who started track and road racing when he was 14 but had a 10-year break before returning to the sport in 2003, felt his experience at worlds thus far had been great.