Pascal Ackermann of Bora-Hansgrohe placed second and took the overall lead on stage two of the Tour of Guangxi in Qinzhou today.

“After yesterday’s stage, we knew that the team is in good form, and so we were really ready and motivated to fight for the win today,” said Ackermann.

“With the help of UAE Team Emirates, we controlled the gap to the break, and always had the race within our grasp.

“Over the last kilometres, the tempo heated up and the sprint became somewhat chaotic. As sometimes happens in these situations, I was slightly blocked and so wasn’t able to launch my sprint in the way that I had intended.

“However, with my second place, I take over the lead in the overall standings, as well as the points and youth classifications, so it’s not too bad of a day for us.” 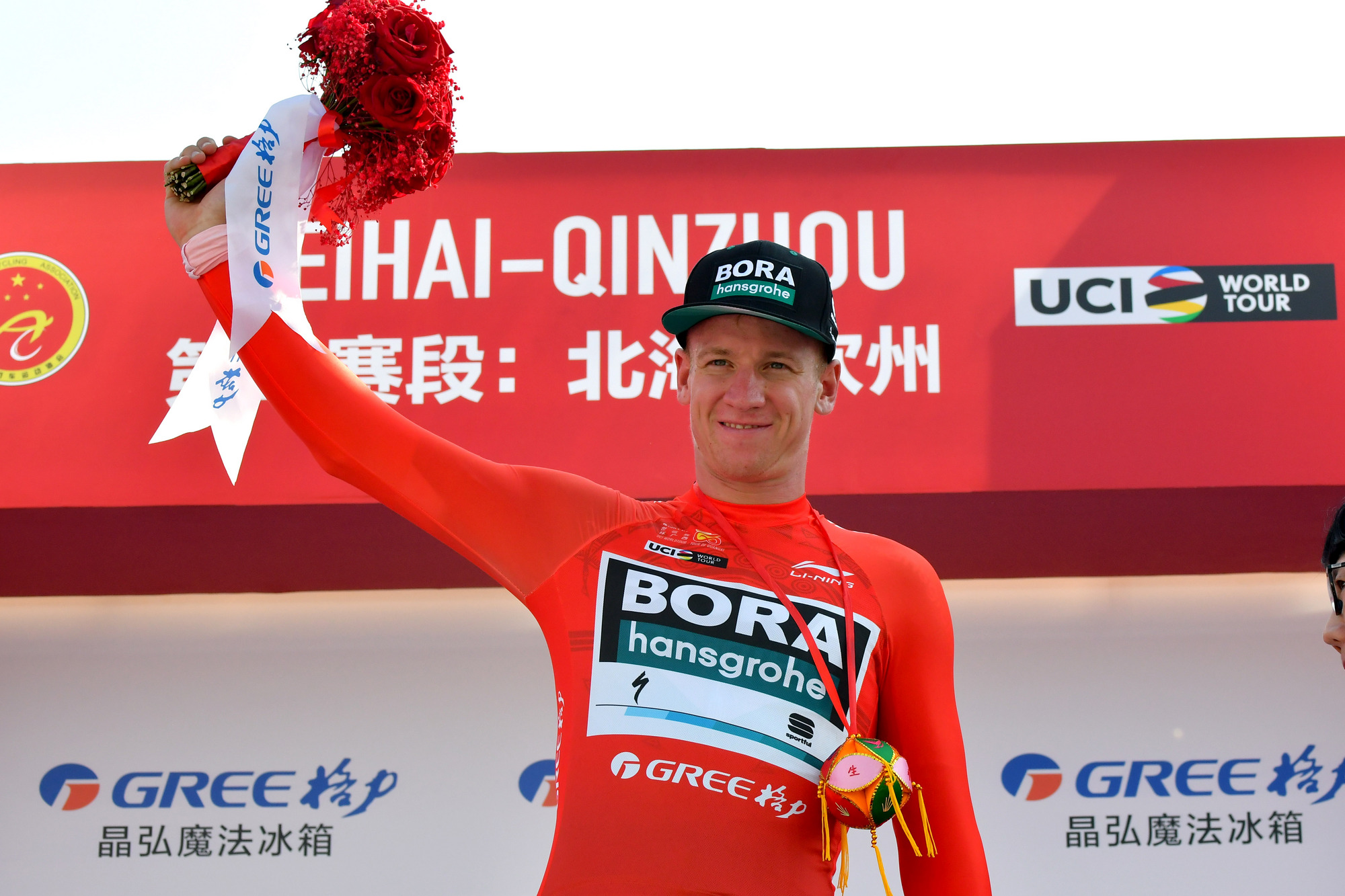 Pascal Ackermann placed second and took the overall lead on stage two of the Tour of Guangxi in Qinzhou today. Photo: Bora-Hansgrohe/Bettiniphoto