Thinus Redelinghuys lined up for the 947 Ride Joburg on Sunday in the A-group, but unlike the rest of the cyclists on their road bikes he was on his mountain bike, with off-road tyres.

Regardless of the obvious challenges this presented, and with Redelinghuys never having competed in a road race on a mountain bike before, he still managed to finish 11th overall, just six seconds behind winner Jarryd Horn.

“I sold my road bike a few months ago and wasn’t able to replace it in time for 947.

“I recently bought a new s-works Epic Evo and decided to take on the challenge with my mountain bike as I usually ride it on the dirt, partly because skinny tyres look silly on a mountain bike.

“I also have the Munga coming up in a few days’ time and saw it as a good training session on the chunky tyres.” 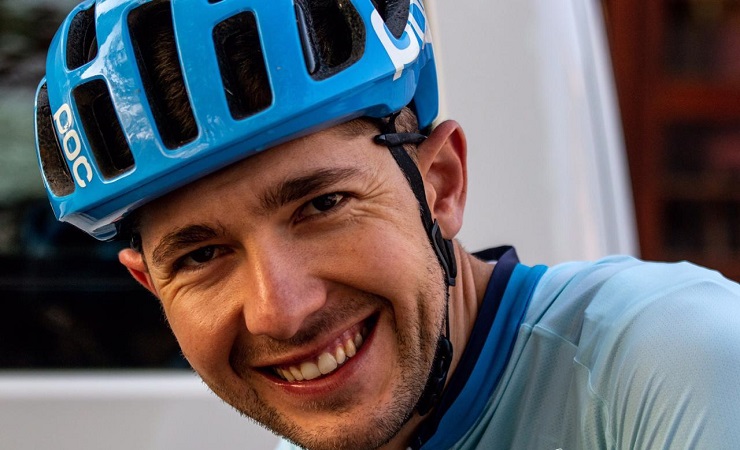 Redelinghuys said he had done the 947 a few times before and the faces in the bunch were familiar, so it almost felt like a usual ride, except more people noticed him and commented.

“On the start line one guy said ‘you are sure not going to win today’s race’.”

He added that being on a mountain bike put him at a disadvantage, especially if one regarded the physics involved. But he saw it as a good opportunity to get a hard session under the belt.

“I just said to myself I should take my place in the peloton because it’s going to be much harder riding 90km on your own than staying in the front percentile of the bunch.

“I was quite surprised to see how fast I could go on the downhills with my dropper seat-post down. I reached a top speed of 82.8km/h according to my Garmin.

“I think my fox dropper seat-post was the secret on the downhills.”

He added that he currently did not have a power meter on his bike, but he did pedal “like crazy” during some stages to keep up.

“It would’ve been interesting to see my max cadence.”

Redelinghuys said he did not compete in many road races, apart from the 947.

“I was so relaxed on the mountain bike as I just felt more in control and could ride over the grass and pavements with ease, getting to and from the start/finish.

“I don’t want to say this aloud but it was nice rubbing some salt in the wounds as a true mountain biker finishing with the top A-group road riders.”

He felt “pretty happy” with his result, especially as last year he “messed up” the sprint on his road bike.

“This year was a sweet reward after last year’s attempt.”

He felt it was time now to get a decent road bike and try his hand at a few road races.

“My main focus will probably still be enjoying rides with my friends and throwing the odd challenge in there like the Munga and Recce Rouleurs to test my limits. But it would be nice to cause a few upsets in the road ranks locally,” said the 29-year-old.