Kevin Benkenstein executed a virtually flawless performance to take his first Munga win in Wellington on Friday, sharing the laurels with Thinus Redelinghuys.

The two decided to finish together after realising they had reached a stalemate when, despite numerous attempts, neither could hold a break.

“The Munga was my first ultra race and as such it has a special place in my heart,” said the 33-year old Benkenstein. 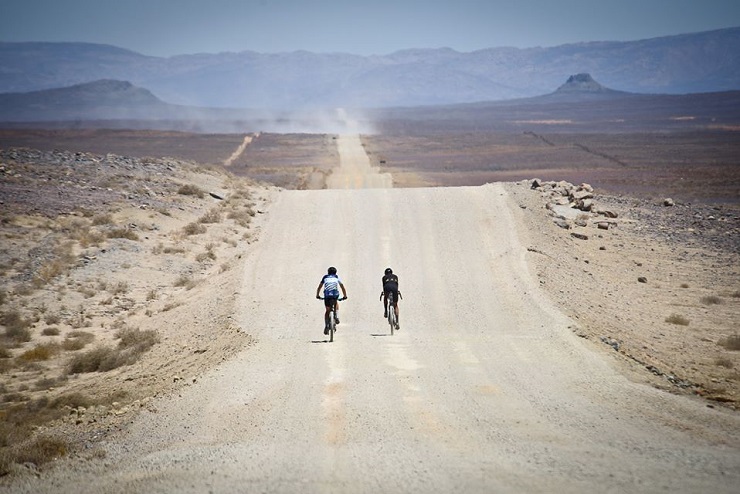 “To have finally been able to put in a performance – not the result, the actual performance – that I know was my best and right for the conditions and competition means a lot to me.

“It’s a huge step forward in my racing to have taken the race by the scruff of the neck. I’ve always spoken a good game but to actually do it matters way more. I’m proud of this ride.”

He added that to win it alongside Redelinghuys, who also had “such a good ride”, was awesome.

“I’m sure both of us would have been happy to win alone, but neither of us could get away so it was the right thing to do.”

Benkenstein said he was incredibly grateful to have had the opportunity to do the race again and to have had so much support.

“I was and am truly happy with how I rode in so many aspects and the finish was almost a celebration of months and years of work getting to this point.

“Physically I thought I was fine, but given that I spent the drive home either sleeping or seeing a variety of fairy-world creatures on the roadside I’d have to say psychologically I was totally spent.”

Benkenstein said he and Redelinghuys tried to get the better of each other for much of the race, the last time being when he, Benkenstein, attacked at 950km in, in the flat and hot Tankwa.

“I managed to get a good gap before we reached the Ceres mountains, where Thinus started clawing me back, eventually rejoining me at 1 015km or so. Immediately both us knew it was a draw.

“Neither of us could get rid of the other and we were fine with that, both knowing we’d given it our all and done performances that we are very happy with. We felt like we were happy to finish together and share the experience of the last stretch, talking and enjoying our ride, [which] was the right ending.

“We debated a little about how to do it but settling on crossing the line at the same time was perfect. Thinus is a great racer and I am proud to share the win with him.”

Benkenstein said early on the first day he set out to make the racing hard, with the dual aim of getting riders into a one-on-one situation to negate the drafting benefits of the first 225km and to try to get some riders to over-exert themselves in the 40-plus degree heat.

“Ramses [Bekkenk] and I got away 15km in, with me letting go of him at 100km, knowing I needed to recover from the effort in that heat, before he had to withdraw at 171km because of the heat.

“Once I took the lead I just tried to ride steady and controlled, watching my speed through the night to ensure I didn’t get lazy.”

He said day two was the real moving day as the heat got to them all.

“That really was a day of survival, trying only to keep a nice pace but never allowing myself to go hard. Once you go over your limit in 46-degree heat you are cooked.

“I had a good day, bar an hour or so when I went a little cuckoo from the heat. But once I cooled my body down again things got better. I’ve never experienced a day like that before, so hot and so dry. It was truly a day for mental toughness.

“Thinus caught up to me around 745km in. I was getting close to losing interest in my mental chats so that was nice, actually.”

He added that the final day was really a day of them half-wheeling each other.

“We’d chat, be mates, have a laugh and then a section would come that suited one of us and suddenly it was game on. We did this the entire day, a to and fro with no winner becoming clear.

“It was a lot of fun and kept things interesting, not least for us two finding out what we are able to do to our bodies.”

Benkenstein said he slept for about 75 minutes in three short blocks of 15 to 30 minutes.

“I coped fine on that over the course of the race, although I felt a little groggy between the first and the final sleep, and was able to keep my level despite the minimal sleep.

“In hindsight though, I’d have rather had one 90-minute sleep just to have gotten it all done and freshened up once.”

He added that he would get food and water at all of the waterpoints and race villages, which were generally three to four hours apart.

“Ideally I’d take five minutes to do this and managed to keep that time limit until halfway. Later on in the race, when the pressure was less with the gaps bigger, I’d rest a bit more and let my body recover from the heat a little.”

A highlight for him was the support they received on the route and from those watching.

“It’s such an obscure aspect of this sport, and so to see the wide appeal that watching it had was really cool, as was having a role to play in making it so.

“Personally the support and messages I’ve received really meant a lot to me. I’m just a guy who likes riding his bike. For friends and people who’ve never met me to be so supportive and happy for me doing that is very humbling.

“I must say thank you to everyone for that. I am a lucky guy to have all of them behind me.”