When five-time Cape Epic champion Annika Langvad sat down and looked at the 2020 calendar she was not really sure about racing in the Epic.

She then asked herself what or who could motivate her to race again, and the answer came in the form of teammate and Olympic champion Jenny Rissveds.

“This year’s Epic is Jenny’s and my adventure together. This is all about shaping it the way we want,” said Langvad. 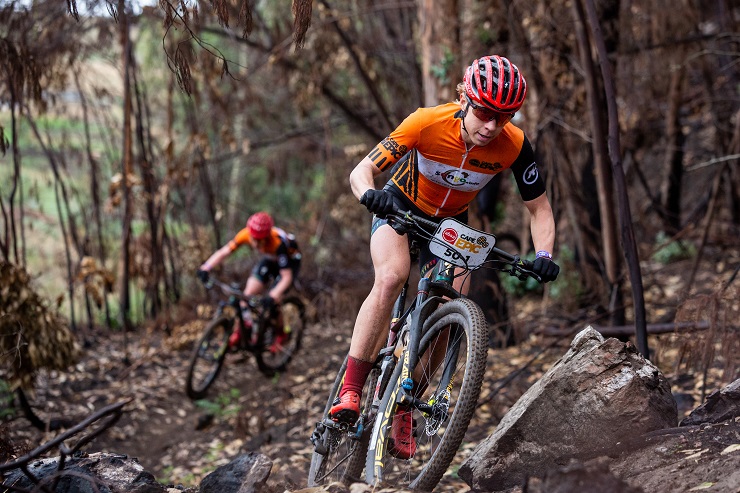 Annika Langvad will team up with Jenny Rissveds for this year’s Cape Epic, which starts on March 15. Photo:
Sam Clark/Cape Epic

“I feel we have a really good connection and understand each other on a lot of levels. That’s my motivation for this year.”

Rissveds added that this was all about the connection between Langvad and herself.

“We simply wanted to do it together.”

Denmark’s Langvad, who has five race wins from just five starts at the Epic, will team up for the eight-day race with the Rio 2016 Olympic gold medal winner as Team 31: Outride, and seems eager to take a more light-hearted approach into the event.

“The Epic can be a good primer for the rest of the season, but it can also take a lot out of you.

“The psychological aspect, in particular, shouldn’t be underestimated. Having the right team and settings to make you comfortable is key and I’m already thriving on this year’s setup.

“Jenny and I are looking to define the experience in our own special way. And that’s what motivates me.

“If I raced for the sake of records only I would’ve burned out long ago.”

Come July 28, Langvad, Rissveds and fellow top cross-country racers will line up to battle it out for gold at the Tokyo Olympics.

“I discussed at length with my coaches and with the rest of the team how the Epic would fit into my schedule during an Olympic year,” said Sweden’s Rissveds.

“The way we look at it, we believe it can be a really good part of the overall schedule. I am not changing anything really.”