HB Kruger, who was the highest placed South African after finishing 13th overall in the Tropicale Amissa Bongo in Gabon on Sunday, has mixed feelings about the seven-stage race because he feels some opportunities were missed. 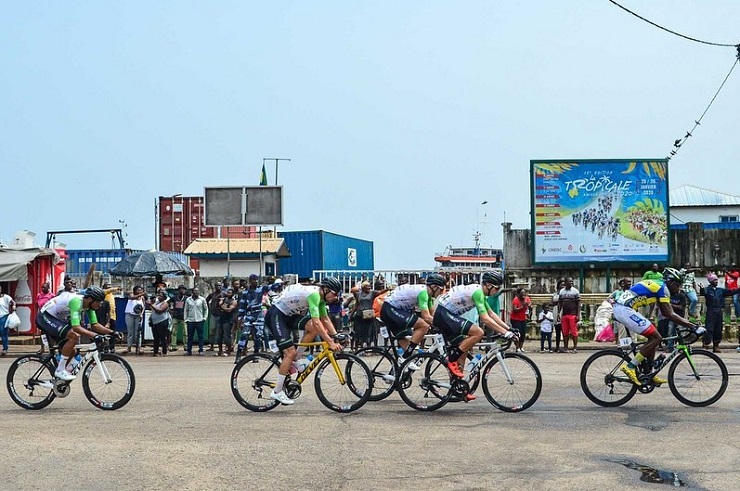 “These might have allowed [us to achieve] a better position,” he said.

“I’m happy that we were on the level of the bigger teams and in the mix, but I think the result on paper could have been better.”

“As Protouch we went with a strong, solid team to support the sprinter Reynard [Butler] as well as Jayde and myself, who have done Gabon before. [We went] to see how high we could place overall.

“But in cycling, as always, things change and Reynard fell ill towards the end. We tried to work with what we had at each stage and gauge how the guys were feeling.”

Kruger said this year was the fastest Tropicale Amisso Bongo ever.

“Each day was quite fast and we also had the fastest stage in the Tour’s history, which was clearly indicative of the high level at the event.

“In general this is a good tour for South Africans to do as it’s hard and the conditions get quite challenging.”

The route also presented challenges and it was a “very lumpy” tour in general.

“There was only one flat stage and it was also the longest – 190km with extremely hot conditions.

“The heat was definitely a big challenge, along with the humidity, so nutrition was key. It was one of the biggest obstacles we faced.”

On a personal level, this was Kruger’s first UCI 2.1 event in five years, after focusing more on mountain biking over the past few years.

“It’s been a while since I’ve been racing on this level and it was a pleasure working with the other Protouch teammates and the staff who were involved.

“The ambitions and goals of the team shone through in the professionalism that they had and it was a great vibe during our time in Africa.”

The team’s next race will be the SA national road champs, followed by Ride for Sight and then they will head to the Tour of Rwanda, which is also a UCI 2.1 event.

“It’s important to gain international experience because it raises the level of cycling in general,” Kruger said.