Australian Amanda Spratt took the leader’s jersey from Chloe Hosking when the former won stage two of the Women’s Tour Down Under in Birdwood, Australia, today.

“From the start there was crosswinds and we tried with some other teams to split it, but it just wasn’t strong enough,” said Spratt.

“From then, we knew we needed to make it really, really hard from kilometre 85 to the finish.

“Jess [Allen], Georgia [Williams] and Gracie [Elvin] did an awesome lead out into the first longer climb and then Lucy [Kennedy] just let rip at the bottom. By the top of that we had five of us left with Grace [Brown], Lucy and I all there.”

Spratt said from that point Kennedy stayed on the front and drove it for 10km into the final climb so Brown and herself could one-two and try to get rid of the others.

“In the end I couldn’t get rid of Liane and Ruth, but I decided at that point the GC was more important so the three of us were actually working almost all of the way to the finish.

“I was pretty nervous coming into the finish. Normally people would not expect me to beat those two riders in a sprint, but I just know that after a really hard race I do actually have a pretty good sprint so I’m pretty excited about to pull that off.” 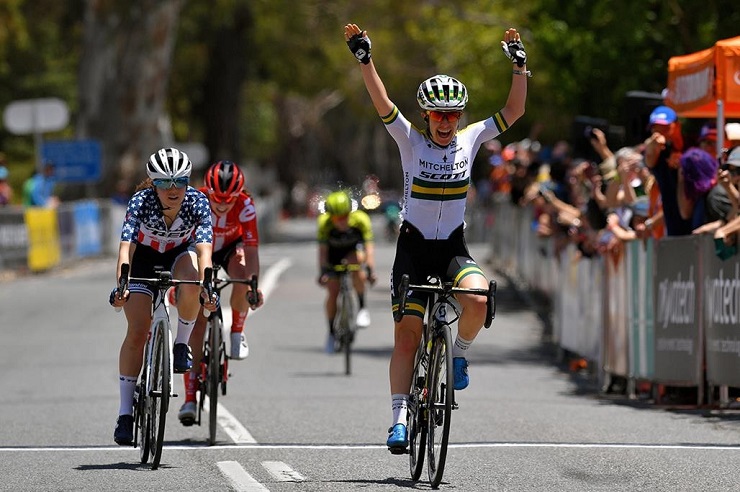