Yolande de Villiers, seriously injured in a high-speed crash last April, is back to her best and looking forward to Attakwas, South Africa’s toughest one-day mountain bike race, which starts in Oudtshoorn tomorrow.

The defending champion, who broke her tibia and fibula (the two long bones in the lower leg) and was diagnosed with four open tibia fractures after the accident, said physically, mentally and emotionally she felt good.

“Last year I did the Pioneer, Midnight Express, Double Century and other races to get back into shape, but this one will be the first one that I’ll be perfect for. 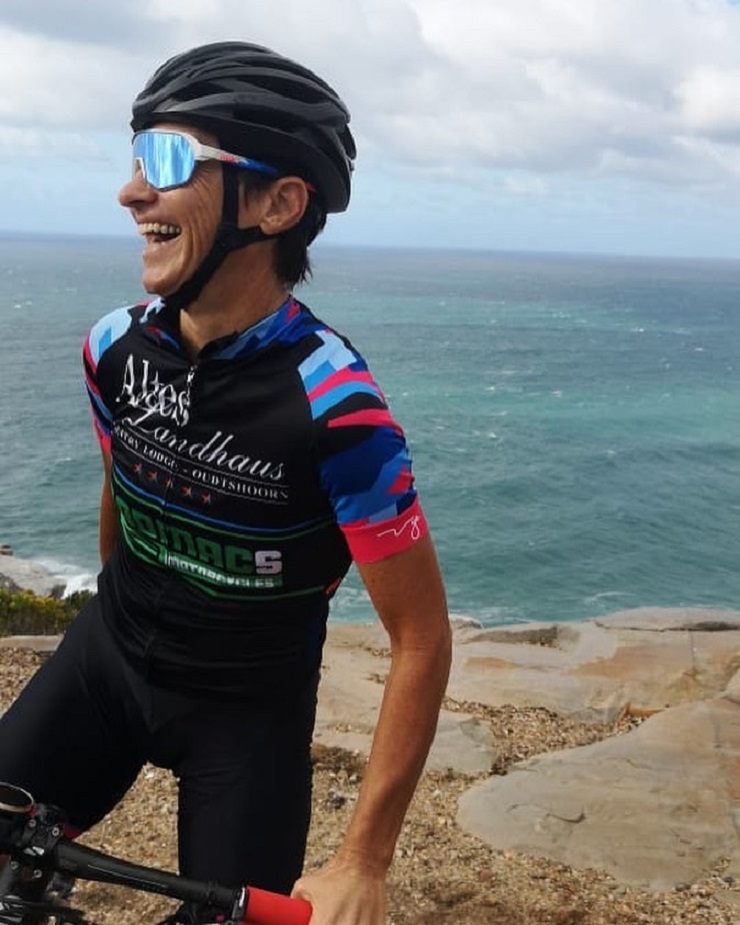 She added that it had been a long road for her and that last year was “very hectic”.

“For me just to be lining up on Saturday is a huge accomplishment.

“They wanted to amputate my leg. So from that to now being at one of my first races back is an absolute miracle.

“I’m very blessed and thankful to the Lord who helped me, as well as all my friends and family.”

The Oudtshoorn local also felt happy with her training and said she had incorporated a few changes into her regime.

“I didn’t do a lot of long rides. I focused more on high intensity. I’m still working on strengthening my leg and doing a lot of gym work and swimming, which has been a new thing for me.

“One of my friends is a psychiatrist, so after the accident I had a lot of sessions with him, which was very important for me to get mentally back on top of the game.”

Regarding her goals and expectations for the 121km mountain bike race, De Villiers said the main objective would be just to get herself and her bike through it in one piece.

“It’s a long and tough race. Hopefully everything will fire and work well.”

She added that this was a very important high-profile race where you got to see where you were relative to the rest of the field.

“I’ve got huge respect for every lady who’s entered. Hats off to them. It’s good to see so many girls racing.

De Villiers, who rides for Team Altes Landhaus powered by Madmacs Kawasaki, said her goal for the year would be to just finish the season in one piece and “not to break anything anymore”.

“I’ve got quite a lot of races lined up – from team races to the 100 Miler series. I’m looking forward to a full calendar.”