When Cycling South Africa announced the team to compete in the Junior Track World Championships later this year, Dillon Geary felt honoured to be included in the seven-man squad. 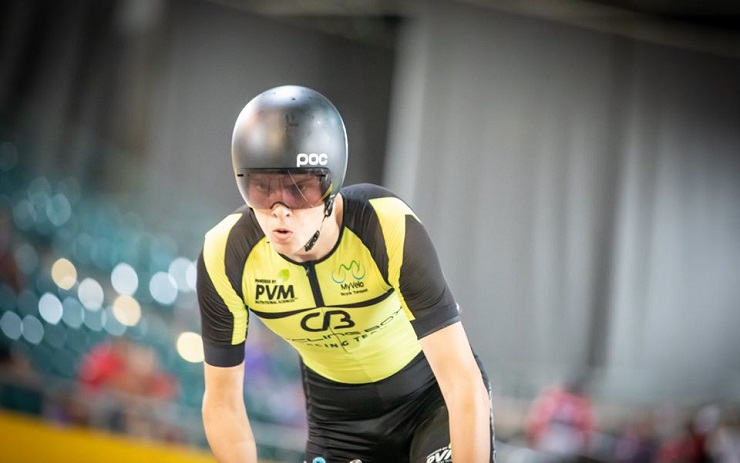 Despite lockdown restrictions due to the coronavirus pandemic, Geary is doing his best to stay in form.

The event is set to take place in Cairo, Egypt, from August 16 to 21, provided the Covid-19 pandemic does not lead to it being postponed or cancelled.

This will be the second time the 17-year-old will be riding in the event. He will compete in the team pursuit, individual pursuit and points race.

“I would like to improve on my 23rd position in the points race of last year at worlds,” said Geary.

He added that he would also like to break the SA junior team pursuit record again with Bouwer, Swanepoel and Perrins.

“A good result at worlds will mean so much to me as it’s a goal I’ve been working towards for a few years already.

“It could also open doors for opportunities to race professionally overseas.”

Geary previously raced in Egypt at the African Continental champs in January and says the heat will present the biggest problem during the event.

“The challenge the heat brings is increased due to the high intensity of track racing.

“To overcome this I am hoping to get to Cairo a week or two before the event in order to acclimatise to the conditions.”

Despite the fact that South Africans are under strict lockdown conditions at the moment to prevent the spread of the virus, the Cyclingbox rider is doing his best to stay fit with indoor training at his home in Benoni.

“I mostly ride on Zwift with friends as it really helps to still keep the riding fun and immersive.

“I am also trying to work on off-the-bike strength and flexibility.

“There are many benefits to indoor training. You can focus more on hitting the goals for your sessions as well as identifying problem areas in your form on the bike and fixing them.

“The convenience of being able to ride any time you please is also a huge benefit.”

To avoid the potential boredom of indoor training, Geary makes sure to listen to music and tries to ride Zwift with his friends as much as possible.

“I also try to avoid having negative thoughts about riding indoors, or counting down the time of rides or days until you can ride outside as this can really make the indoor riding dreadful.”