KwaZulu-Natal Cycling high-performance training coordinator Michael Dladla likened the roads on which he trains to a “war zone” following an accident with a negligent motorist that could have ended his life. 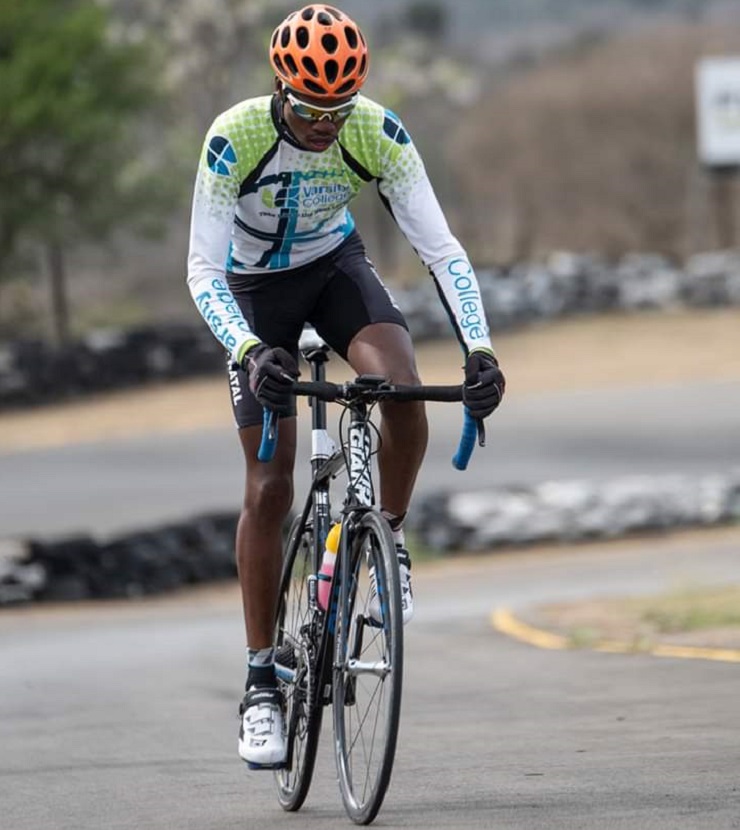 Michael Dladla, a high-performance training coordinator with KwaZulu-Natal Cycling, collided with a car while he was on a training ride in Hammarsdale recently. Photo: QuickPix

“It’s not safe out there,” warned the 37-year-old, who collided with a vehicle that had stopped in front of him in Hammarsdale, Durban, recently.

He was leading a group ride, which included five of his athletes, at around 6.30am and was about 500m ahead of them when disaster struck.

Dladla was riding on Shezi Road when he saw a sedan attempting to overtake a taxi. The driver aborted the attempt when he noticed a speed hump ahead and fell in behind the taxi, with the cyclist next in line.

When the car suddenly slammed on brakes, reportedly to strike up a conversation with friends at a taxi rank, Dladla had nowhere to go and careered into the vehicle.

“I fell and hit the tar with my mouth. I then started bleeding heavily.

“Fortunately, I could see the registration number as the vehicle sped off.”

He said an onlooker approached and assisted with removing his mask and helmet, while the police moved him onto the pavement when they arrived.

They also questioned bystanders about the driver, but received no response.

An ambulance was summoned by the police, which transferred him to the nearest clinic. An assortment of facial injuries, including broken teeth, were diagnosed.

Later, he published a picture of his battered face and details of the vehicle on Facebook. He received a huge amount of support and people were able to track down the driver, who was given Dladla’s details.

The driver contacted him but refused to accept responsibility for the accident. He was also angry that his details were posted on social media.

“I said the post was necessary because I wanted to track the driver,” said Dladla. “I also asked him why he fled if he was not responsible for the accident.”

A few days later, the driver contacted him again to apologise for his actions and offered to pay for damages and medical fees.

Dladla said the incident infuriated him as it had been committed by a reckless driver who did not think he was in the wrong.

He was also concerned about the fact that the driver’s “friends” initially did not want to assist with the police investigation.

“This definitely made me see people in a different light.

“But I thank God for keeping me alive. The way I crashed could’ve ended my life.”