A journey to the UCI Junior Track Cycling World Championships in Switzerland as a wide-eyed 18-year-old was just the trigger Rocco King needed to pursue a professional cycling career. 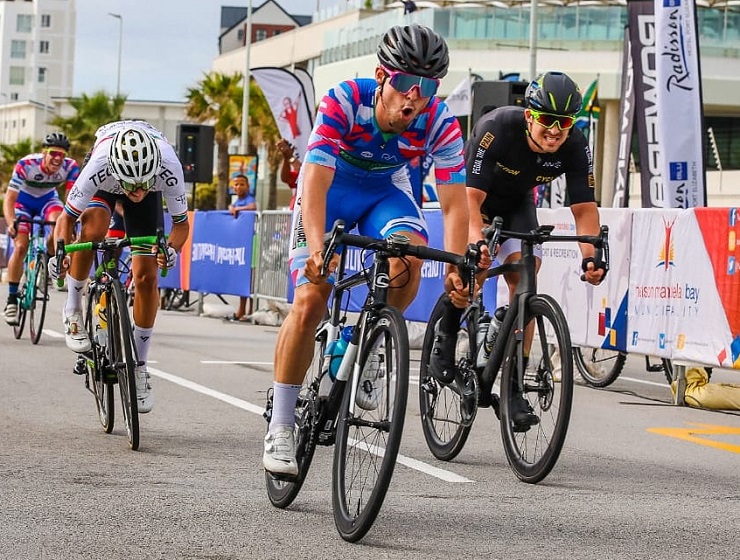 His experience at the UCI Junior Track World Championships as a wide-eyed youngster was the catalyst Rocco King needed to pursue a career in professional cycling. Photo: Richard Pearce Photography

“It was a massive eye-opener at the time,” admitted the Gordon’s Bay resident, who is now 22. “I realised it was a way of life and that I could go forward and make a career of it.”

At the time, in 2016, he was selected for the junior national squad after catching the eye of the selectors at the nationals by bagging a silver and two bronze medals.

“It was my first trip overseas so I was very overwhelmed. I had never gone anywhere except up in the country on family road trips so it was a big experience being out there on my own.”

When he made his way onto the track the first time, he was shocked at the sheer size of his European opponents. He was especially perturbed when he found himself lining up next to the Australian champion in the keirin.

“My quads were about the same size as his biceps and triceps. It just made me realise how small I was compared to them.”

That dissimilarity in stature, however, served as the catalyst King needed to race to the best of his abilities and to keep pushing to improve his skills.

While he did not make it into the finals on that occasion, he came back more fired up than ever about his future in the sport.

“It was a massive leap forward for my career and it gave me the motivation I needed because I don’t think I did too badly either.”

The following year, he raced on the road in Belgium. Upon his return, King competed in the Cape Rouleur tour and, after performing well, received an all-expenses paid trip to compete in the 500km London-Paris race.

“It was quite a tough race [over three days],” the eventual champion said. “I remember the first day we rode about 140km and it rained the whole way.

“Riding the event made me so grateful for all the confidence and effort that was put into me.”

His overseas performances did not go unnoticed and he was approached by Alex Heward, manager of team Mad Macs in Stellenbosch, to join the team for the 2018 season.

“He saw how much I improved during my stint overseas and felt that I was someone he could work with,” explained King, who placed second in the Herald Cycle Tour in his final outing before lockdown.

“When we are finally able to compete again, I’m looking forward to being part of the competitive atmosphere again.”

NEXT ARTICLE | Q&A with Willie Smit: ‘Without a goal there’s no purpose’