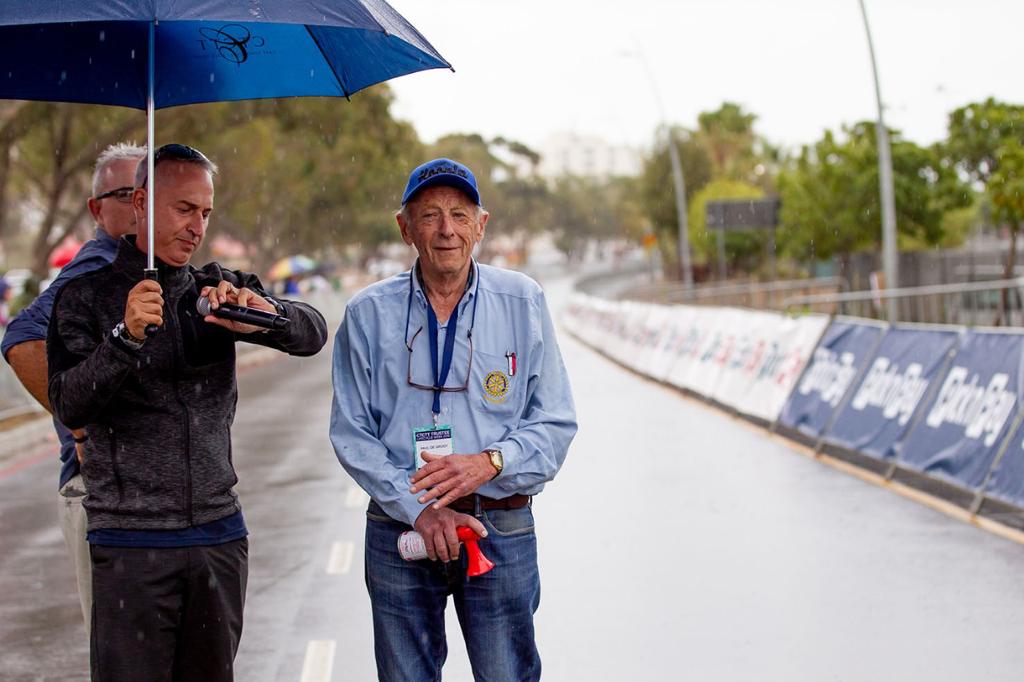 Paul de Groot, who passed away last week, will always be remembered for his rallying cry at the Cape Town Cycle Tour. Photo: Supplied

Paul de Groot’s “everybody say hoopla” may not be heard any more by its originator, but his legacy will live on in the Cape Town Cycle Tour, says close friend Dave Bellairs.

The 78-year-old De Groot passed away last week, resulting in a flood of tributes to the man who became known as Mr Hoopla. He is survived by his widow, Pat, and two children.

De Groot became famous for his rallying call to cyclists at the start of the Cape Town race where he was a long-serving start announcer. But Bellairs said his contribution to society extended far beyond that position.

“As a Rotarian, Paul became involved in assisting the Pedal Power Association, which ran the race, and later he took on the role of start announcer, controlling the entire starting process,” said Bellairs, a director of the Cape Town Cycle Tour Trust.

“He lived his life epitomising the Rotary motto of service above self and dedicated his time to assisting those less fortunate than himself through the Rotary organisation.

“He did a massive amount to give back to the community in projects like Reach for a Dream, while he started Uncle Paul’s Christmas for the children at the Marsh Memorial Homes.

“Paul really was an exceptional individual.”

In an amusing anecdotal video on Facebook, De Groot described how his famous call started as a bet with a friend.

“It really was a bit of joke,” he says, “because we were talking about how evangelist preachers used phrases to rev up their congregations.

“At the next race, I went to the mic, with about 400 people lined up and I said ‘everybody say hoopla’. I guess about 50 people did it.

“I did the same with the next starting group and maybe 150 did it and then it increased to as many as 350 people doing it.

“Within a year or two it became such a thing that I would get into trouble if I didn’t say it.”

And the origins of the word?

“I can’t really explain that. It was just a word that popped out and it seemed like a good word.

“Later some medical people congratulated me on choosing the word, but I told them it was just a fluke.

“Anyway, they said that giving the cyclists a chance to scream and saying the ‘h’ in hoopla allowed them to release a lot of the tension which had built up and they felt better afterwards.

“But it [the word] was pure fluke, not by design.”