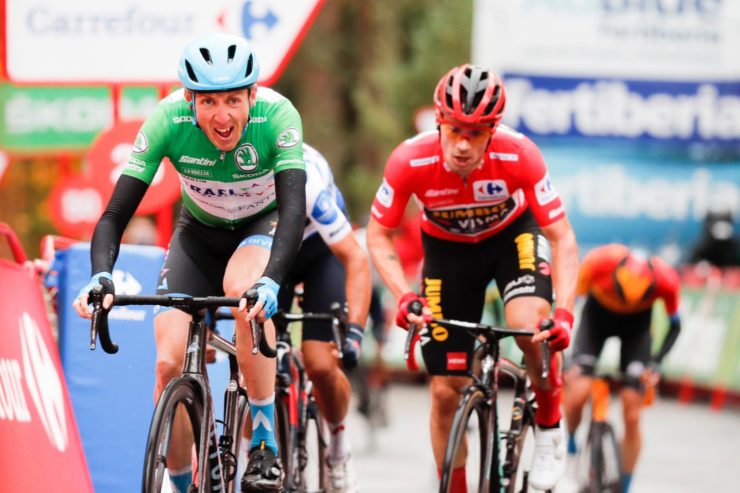 Dan Martin sprints to victory on the third stage of the Vuelta a Espana today. Photo: Photogomez Sport

Israel Start-Up Nation’s Dan Martin sprinted to victory atop the La a Laguna Negra de Vinuesa climb on stage three of the Vuelta a Espana today.

The Irishman took stage honours after attacking 200m from the finish from a leading group of 12 riders, which included overall leader Primoz Roglic (Jumbo-Visma) and king of the mountains Richard Carapaz (Ineos).

“I was really determined to win a stage today. The team were amazing, and every single one of them played their part in the victory,” said an emotional Martin.

“This win is partly for them and then partly for my wife because this is the first time I’ve won a race since my kids were born and it’s really special.”

An unfortunate mechanical caused Columbia’s Esteban Chaves (Mitchelton-Scott) to lose precious time on the climb, dropping him from fourth to eighth overall.