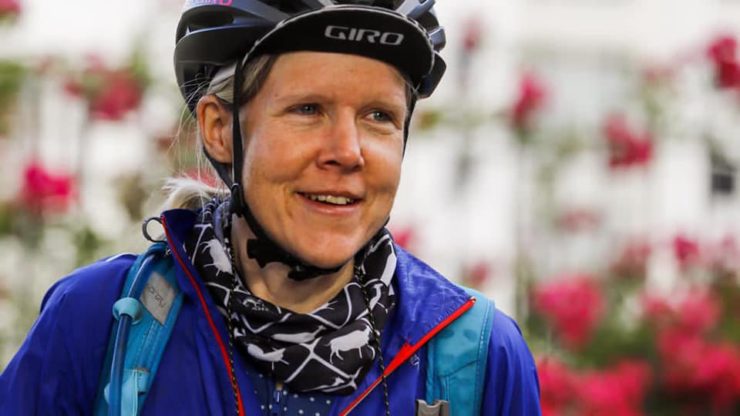 Johannesburg’s Janine Stewart further underlined her credentials as a leading ultra-endurance mountain biker when she broke her own record in the Freedom Challenge Race to Cradock recently.

The 43-year-old covered the 580km from Rhodes in the Eastern Cape highlands to Cradock in two days, 12 hours and 10 minutes, bettering her previous mark by 70 minutes.

After injuring herself in last month’s Race Across South Africa, pulling out after seven days, Stewart said she had been unsure whether to enter.

“I only decided at the last minute to enter the Cradock race, joining my brother Mark and a group of friends,” she explained.

“So, having already held the record, to break that was not my specific intention. It was more a case of enjoying the ride and seeing how things turned out in the end.”

Having done the Race to Cradock on a handful of occasions, she said her familiarity with the course had made a difference.

“The more you know the race route, the better it is because strategically you know there are certain sections you don’t want to navigate in the dark, so you try to plan around some of those and pick where you are going to sleep.

“Normally if I was going for a record I would ride solo, but this time we worked with the group to make sure everyone was comfortable.

“For instance, on the first night we cycled until midnight and could possibly have pushed on to the next stop about four hours away, but we decided to call a halt.

“The more tired you get, the more inefficient you become on the bike, so I had two hours sleep that first night – when I don’t usually sleep at all.”

Stewart said she found motivation in seeing how far she could push herself.

“I think the endurance aspect appeals to me and it’s a case of driving myself harder each time, and also learning how to do things a bit better and more efficiently.

“Also, the Freedom Races are a lot about learning to navigate, so the more you do that, the better you become.”

She added that mental strength was a key element for success.

“You obviously need a certain level of fitness, but, particularly riding at night, it becomes a mental game,” said Stewart.

“Especially when you go through farming areas, where there are opportunities for a bed, great hospitality and a good meal, you need to be disciplined to go back out into the night.

“But I have found that even if you are battling on occasions, you can improve by sticking to your plan. Knowing you can work through those bad patches, even if you are slow, as long as you are going forward it’s a boost in the long run.

“To set the record was a great experience and I’m really chuffed with it. I have done a lot of endurance races and this one is always so good from a scenery point of view.”