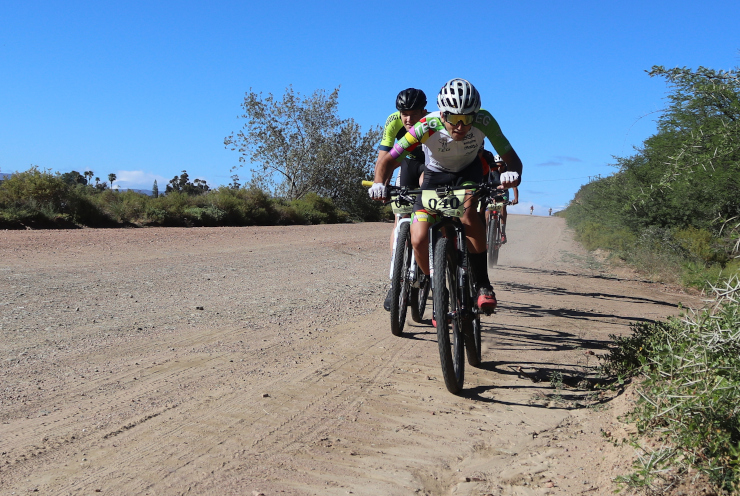 Louis Visser claimed victory in the men’s feature race at the Redstone Mountain Bike Weekend at Calitzdorp in the Western Cape today.

“It was my first race since the lockdown started,” said Visser, who won the national U23 road championships in February before going on to place fourth in the Cape Town Cycle Tour in early March.

“It was definitely fun to get out on the roads again, even if it was gravel roads,” said the Oudtshoorn local.

“I really started getting into the whole mountain bike thing when we could ride again after lockdown. It’s always fun being close to home and riding roads you can never usually ride.”