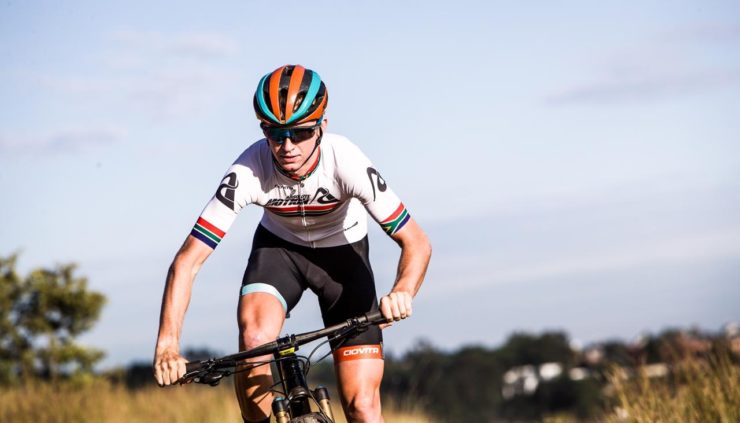 Henry Liebenberg (Absolute Motion) will be out to defend his U23 title at the SA MTB National Cross-Country Championships in Stellenbosch tomorrow. Photo: Meraki media

Henry Liebenberg is fired up to retain his U23 national champion’s jersey at the SA MTB National Cross-Country Championships in Stellenbosch tomorrow.

Although it has been a year full of disruptions due to Covid-19, the 22-year-old Absolute Motion rider is not letting that get in the way of his quest to add another title to his resumé.

“It’s been a massive honour to have that U23 jersey in my name for the last year and my biggest goal is to go out there and win it again,” said Liebenberg, who grew up in Pretoria but now lives in Hilton, KwaZulu-Natal.

He is hoping that the course at Coetzenburg will be to his advantage, having become familiar with the conditions when he raced in the 2018 World Cup at the same venue.

“I remember the course as quite technical and demanding, with a lot of climbing. But those are the conditions which I prefer so hopefully that will play in my favour.

“It also looks like it might be a bit rainy and I feel that might help me because it will come down to a battle to see who can cope with the conditions the best.”

Liebenberg, a bronze medallist at the African Continental XCO Championships last year, said he was in peak condition until, frustratingly, his plans were derailed when he tested positive for the coronavirus in July.

“At that stage I was in really good shape because when lockdown started [in March] I made the decision to just put my head down and do a lot of hard work.

“I wanted to be ready for any racing opportunities at the end of lockdown and I felt my form was amazing at that stage. But I contracted the virus in mid-July and I was man down for about four days, with a fever, hectic body aches and no energy at all.”

Liebenberg said even after the worst was over, he still battled to shrug off the effects of the virus.

“It continued to affect my heart for quite a while, because I would be training and then my heart-rate would just skyrocket and I couldn’t control it.

“So it was a bit scary, but after lots of tests and scans since then I have been given the all-clear to race again.

“I am able to push myself, but I just need to monitor my heart-rate and be vigilant if anything unusual happens.”