The most recent edition of the ITU World Triathlon Series that took place in Aukland made sure that all eyes will be on the African event when Cape Town plays host on April 27. 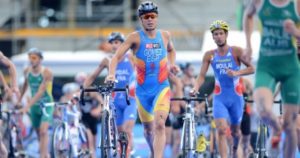 The Brownlees and Gomez have been dominating the World Triathlon Series for the past two seasons.

The last time that neither the Brownlee brothers or Gomez won an ITU event was in July 2012 when South African Richard Murray won in Hamburg. All of those athletes are set to compete in Cape Town in what will be a highly competitive event.

Olympic gold medallist Alistair, who will be competing for the first time in South Africa, said of the race: “I’m really looking forward to racing in Cape Town. I’ve been to South Africa before, but never to Cape Town.” – Sport Industry