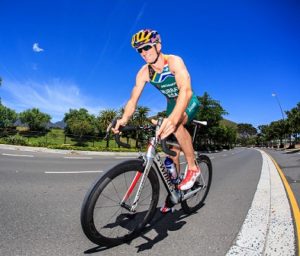 For the first time ever a World Triathlon Series event will be held on the continent of Africa with a race slated to be held at the V&A Waterfront in Cape Town on April 26 to 27.

The World Triathlon Cape Town race will serve as the second stop on the eight-city tour, which kicks off in Auckland on April 5 to 6.

Cape Town is one of only two cities to debut on the WTS calendar in 2014, with Chicago also hosting an event for the first time.

The world’s top triathletes have confirmed their participation in the Cape Town leg of the series.

With eight of the top ten Elite men on the start list, spectators can expect a tight, action packed race.

Local hero Richard Murray (ranked fifth) will take on Mario Mola (ESP), who narrowly beat him by 18 seconds in the World Cup season opener in Mooloolaba last month as well as fellow Spaniard Javier Gomez, number one on the WTS rankings.

With 15 and seven World Series wins under their respective belts, Brownlee brothers Alistair and Jonathan are the most successful Elite athletes in the history of the series and will be looking to retain their position.

The Elite ladies race will certainly rival the men’s in terms of action. With to top three ladies on the WTS rankings, Jodie Stimpson (GBR), Non Stanford (GBR) and Anne Haug (GER) confirmed, the competition will be no less intense than the Elite men’s race.