With a date change to avoid the worst of the Gauteng winter chill, entries for a warmer Bestmed Walkerville MTB Classic are now open.

The event, which rolls out on May 23 instead of its traditional July timeslot, also kicks off the new Bestmed National Cycling Series, incorporating a range of mountain bike and road events under one ranking and seeding system.

According to race director Darren Herbst, Walkerville was the ideal choice for the first off-road race of the series.

“To have a successful national series, you not only need a variety of venues and areas but also some special events.

“Adding Walkerville to the selected list of events in the ASG stable is really fantastic. It’s fast, challenging and sets the bar from the outset – I think this event is a great fit.” 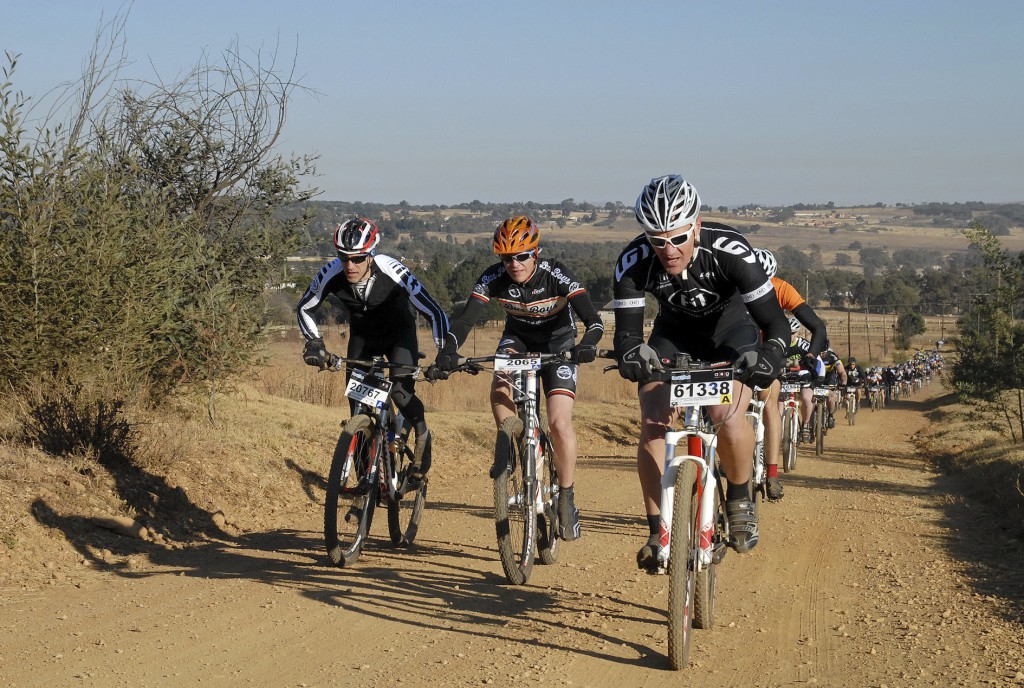 Participants in this year’s Bestmed Walkerville MTB Classic, presented by ASG, can look forward to a new 80km ultramarathon distance and a new timeslot when the race rolls out from the Boswell Wilkie Circus in Randvaal on May 23. Photo: Jetline Action Photo

Herbst said this year’s new-look event would feature a number of innovations – including a new venue, new 80km ultramarathon distance, and himself as new race director.

“I’ve been involved with Walkerville for two years and this year I was given the chance to start from scratch and take it up a notch.”

He said the ultramarathon would replace the current marathon distance, as riders had been asking for a longer and more challenging race for some time.

“Being forced to make so many changes and look for new routes due to development in the area, we decided it was the ideal opportunity to give the guys what they want.”

Despite the extra 20 kilometres, Herbst said he and his route-building team had carefully reviewed the elevation and surrounding terrain and had worked hard to make it accessible to the seasoned 60km participant.

“The enforced omission of the Platberg climb was a disappointment but I think having the chance to explore new areas makes up for it.

“An extra 20 kilometres is a long way in anyone’s book but I really feel that the guys who are used to the challenging old route will handle it. It’s undulating but doable.”

Herbst said the testing new feature race looked set to attract a stronger pro field but that ultimately it was about providing enjoyment to the everyday rider.

“It’s a bonus having our heroes cycle with us.”

He said the new route featured “a bit of everything”, including dirt roads, jeep track and singletrack, as well as long climbs and fast descents.

On the shorter distance, an extra five kilometres had also been added to create a 35km racing option that even novices could enjoy, he said.

“The addition was out of necessity and there’s now an amazing piece of singletrack that I could just not leave out – it was just too cool.”

Herbst said the last five kilometres for both distances would be pure flowing singletrack, providing an entertaining sight for spectators as their riders sped through the last stretch towards the finish.

“The change of venue to the Boswell Wilkie Circus in Randvaal is another welcome change and an exciting one.”

“With a restaurant, ample parking, great singletrack section within the property and a number of other additions, I think this is finally going to provide something for the entire family.”

He said his team had also added a 5km kiddies’ race for six to eight-year-olds and a 10km family option.

“At the circus venue, we’re at last able to offer real mountain biking for the little ones in a safe and fun environment.”

The total field is limited to 1 400 riders for the event.

Enter before May 17 at www.asgevents.co.za.