Entries for the ever-popular Coronation Double Century road race, which takes place in Swellendam, will open from 1pm on July 21. 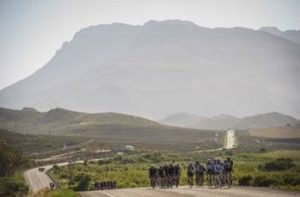 The 202km cycle around the Overberg region will see 250 determined teams attempt to beat the record time of 5:02:28 on November 21.

Teams can enter up to 12 riders for the event, which sold out in 28 minutes last year.

David Bellairs, a director of the Cape Town Cycle Tour Trust, encouraged prospective entrants to secure their entries as soon as the entry portal opened.

He said the event’s social media platforms would provide up-to-the-minute details, including the number of entries still available.

The 2015 race will follow the same route as last year, but organisers are closely monitoring the extensive road works in the Cogmanskloof area.

Riders can look forward to passing landmarks in and around Montagu, including Tradouw Pass and the Op de Tradouw section as well as the challenging “three sisters”, before finishing their race at the Swellendam Showgrounds.

According to CTCTT operations director Renée Jordaan, support vehicles will not be allowed to follow their riders from Ashton. These vehicles will be detoured via an alternate route to Bonnievale, where there will be a designated team support zone.

“This was beneficial to both riders and support vehicles in 2014, and we are looking forward to another successful and safe event this year,” explained Jordaan.