Mountain bikers will be able to fly solo for the 360km Lesotho Sky event, which takes place from September 20 to 25. 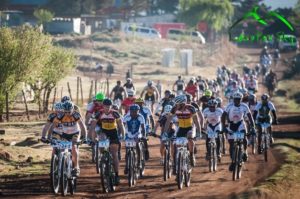 The event has been a UCI stage race since 2013 and attracts top international pro teams.

While the solo category has been officially introduced, UCI points will still only be awarded to teams.

The fifth edition of the race once again covers only 100 per cent natural single-track on rural footpaths and cattle tracks. The mountainous route has a total ascent of 9 857m.

Race director Darol Howes said in the past organisers did not allow solo riders due to safety concerns in remote areas.

“The routes haven’t changed much since then, however the emergency response procedures have become a lot easier over the past years. This is mainly due to blanket cell network coverage and experienced paramedics on the routes.”

Solo entries cost R12 500 and include seven nights’ camping accommodation and all meals. The field will be capped at 120 riders.