American cyclist Molly van Houweling set a new UCI Hour Record for women when she clocked 46.274 kilometres at the Velodromo Bicentenario in Aguascalientes, Mexico, on Saturday. 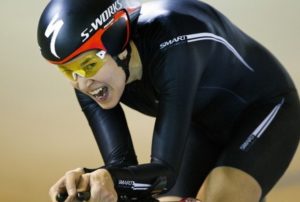 She beat Dutch rider Leontien Zijlaard-van Moorsel’s record, which had stood for 12 years, by 209 metres.

In the process, Van Houweling became the first woman to set a new world record since the reintroduction of time-trial bikes in the discipline last year.

Van Houweling, 41, unofficially surpassed the record with her previous attempt of 46.088 kilometres in July but it did not count, as she was not part of the Biological Passport programme.

The current men’s UCI Hour Record holder is Sir Bradley Wiggins, who set the mark at 54.526 kilometres in London in June.