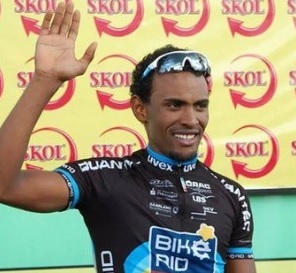 One of the top-performing riders in this year’s UCI Africa Tour, Debesay has notched up two stage wins at the recent Tour of Rwanda and the overall wins at the International Tour de Blida, Tour d’Algerie and Tour of Eritrea.

The 24-year-old climber, who also handles a fast finish with ease, will now set his sights on making his mark on the tougher European circuit.

He described joining the team as a dream come true.

Also adding depth to the team’s climbing attack is the experienced Anton.

He counts stage wins in two Grand Tours – the Giro d’Italia and Vuelta a España – among his palmares.

The 32-year-old, who has been a pro racer for 11 years, also scooped the overall honours at the Vuelta Asturias this year.

NEXT ARTICLE | Shimano gets Kargo Pro MTB Team into gear