The Cape Epic, which will be held from March 19 to 26, is focusing on boosting its development category and charities for the race.

In addition to the teams fielded by the Exxaro MTB Academy, the Exxaro special jersey race for development riders next year will include teams from academies in Gauteng, KwaZulu-Natal and the Western Cape. 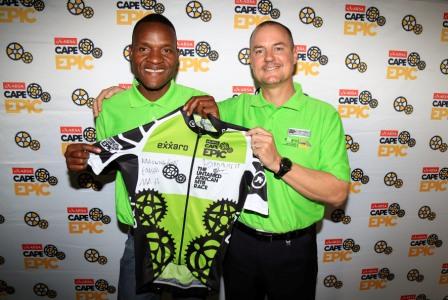 The category is open to historically disadvantaged South Africans under the age of 26.

“The Absa Cape Epic is proud of its record of encouraging development riders and we want to celebrate our next generation of star riders with this initiative,” said Cape Epic CEO Lynn Naudé.

Five riders who have previously participated in this category have gone on to represent South Africa and there is the opportunity to help to develop up-and-coming South African talent in the build-up towards the 2022 Commonwealth Games in Durban.

The race has formalised an arrangement with the Diepsloot MTB Academy in Gauteng, the Change A Life Academy in KwaZulu-Natal and the Songo.Info programme from Stellenbosch. Each institution will receive two free team entries for the next three years.

“The eight-day Cape Epic takes its toll on participants and there are a limited number of people in this age profile who have the ability to finish the race,” said Naude.

“The three organisations have recommended that we start by extending two entries to each of them.

“This will increase the number of teams in this category by 54% over the 2016 figure, but for us it’s more about approaching this in a sustainable way for young riders.”

Another 10 entries have been made available to sponsors, charities or others who might want to enter a team in this category.

Mellis Walker, a member of the Exxaro MTB Academy steering committee, welcomed the initiative and said it would broaden and strengthen the competition for the Exxaro jersey.

“Mountain biking is growing in the communities where these programmes operate and a competitive development category at the Cape Epic will accelerate the progress of young talent.”

Naudé also announced that the Cape Epic would support four charities for the next three years: the Anna Foundation, Qhubeka, Laureus and the Cape Leopard Trust.