The Double Century will take place on its traditional route on November 26 in Swellendam. 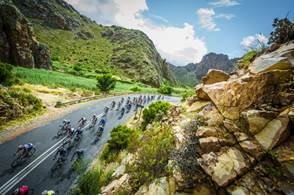 The Double Century will take place on its traditional route this year. Photo: Toby Ginsberg

David Bellairs, a director of the Cape Town Cycle Tour Trust (CTCTT), said a section of the traditional route was under construction and the roads were the domain of the provincial authorities.

“The road between Montagu and Ashton has been handed over to contractors with legal liability passing to them until they hand back the completed road upgrade to the authorities.

“Following extensive discussions we are pleased to announce that we have secured access to the roads under construction for the duration of the event.”

Bellairs added that to ensure the safety of all participants was not prejudiced, they had satisfied all concerns in taking this event through a construction site.

“As such, an extended neutral zone will be implemented as a safety measure on the stretch of road between Montagu and the feed zone in Ashton.

“A strict speed limit will be implemented and timing mats will be deployed at the start of the construction area and the Ashton feed zone. Any cyclists exceeding the prescribed max speed through the area will receive a 30-minute time penalty for their team,” said Bellairs.

A new entry process for the 202km race will kick off on August 23 at 1pm and information detailing this process will follow.