Five of the seven rounds will be held as two-day stage races, with the ultra-marathon distance falling away completely. 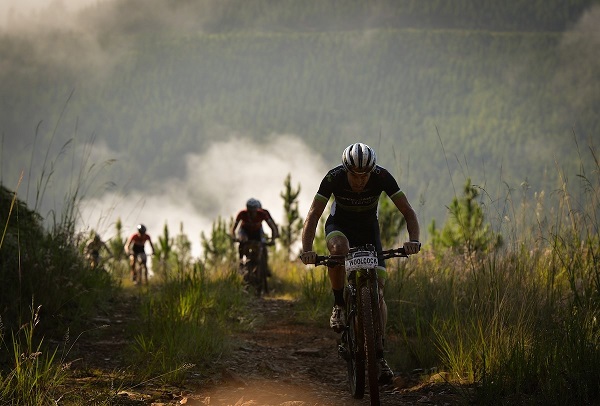 The second leg of the National MTB Series will take riders to the iconic Sabie forest.
Photo: www.zcmc.co.za

The new format has been developed to allow riders more opportunities to compete for podium places and for those who are keen on stage races to have more affordable options.

According to Fritz Pienaar from Advendurance, the decision to drop the ultra-marathon distance was driven by the big gap young riders have to bridge when they leave the junior category.

“A few years back we added the ultra-marathon distance to help our top athletes prepare for world championships. At the time it was necessary, but now it is only benefiting a handful of athletes.

“The ultra-marathons were becoming tests of attrition and riders were more focused on survival, which meant the racing wasn’t as exciting as it could be. We are expecting the new format will invigorate the racing among the top males.”

He said the prize purse will be split between the first day, the second day and the overall.

There will also be a long and a short race option at each of the two-day events. The long race will have a 75km stage on the Saturday and a 50km stage on the Sunday, while the short one will be over 45km and 35km.

It will still be possible to do just one or the other day, but those participants won’t be eligible for podiums or prizes.

Each rider’s top eight performances out of a possible 12 stages will count towards the overall standings.

The season opener on 28 January will still be in the single-day format and will take the series to Grabouw for the first time.

The oldest event, the Sabie leg on February 18 and 19, will usher in the new format.

Get the full programme here.