With his seventh victory at the 2016 Paarl Boxing Day track festival, Nolan Hoffman is the event’s most successful 25-miler. 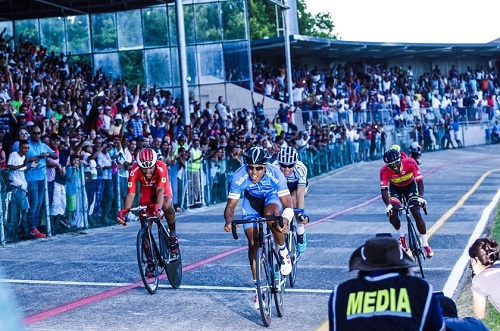 Having grown up in the region and learnt his track cycling at the Faure Street Stadium, the Team Telkom rider has a special attachment for a festival which has been running since 1897.

Except for a period during the First World War, when it did not take place from 1914 to 1919, the festival has been held every year, making last year’s event its 111th edition.

The 31-year-old Hoffman’s victory last month in 54:36 is one of the fastest times in the history of the competition, but still short of the record of 54:23 set by Gary Beneke in 1985.

Beneke’s time was nearly 15 minutes faster than the first ever winner of the event, OJ Imsland, who took his only title in 1:09:07 in January 1897.

The race was held again in December of that year, with Dave Rees winning the first of two successive titles.

The magical barrier of the one-hour mark was broken by Bennie Gelderbloem in 1953 when he won his only title in 59.07.

The record for the most consecutive titles belongs to Dirk Binneman, who won the event from 1942 to 1945. He won his first race in 1940 to give him five wins overall, second behind Hoffman.

The next best is Garth Thomas with four titles in the early 2000s.

Riders with three or more wins in the Paarl Boxing Day 25-miler are: