Ariane Lüthi will return to the 2017 Cape Epic with a new partner, Adel Morath, when the race kicks off on March 19.

Lüthi has won the women’s category for three years in a row with Annika Langvad – who has decided to return to her studies. 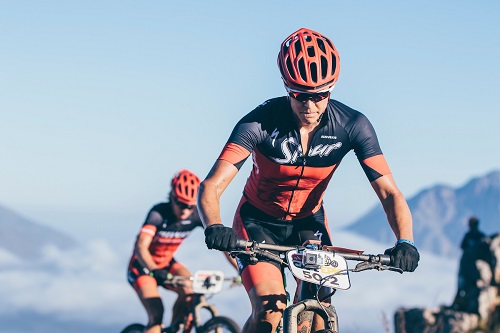 Ariane Lüthi (Team Spur) will return to the 2017 Cape Epic with a new partner, Adel Morath, when the race kicks off on March 19. Photo: Ewald Sadie

This year the new Team Spur pair will be well challenged by German legend and SA champ team of Sabine Spitz and Robyn de Groot.

“Adelheid is a world-class rider and has a very professional approach. I am really excited to be racing with her,” said Lüthi.

Lüthi raced against Morath in the Swiss Epic in 2015, where she and Langvad finished second to the German and Briton Sally Bigham.

“She is a very good climber – I saw that on the Swiss Epic – and a really good technical rider,” said Lüthi.

The German has UCI World Cup cross country series top 10 finishes to her name and a compelling argument for teaming up with her is that she has already knows the Cape Epic.

In 2016 Morath raced the Untamed African mountain bike stage race for the first time and finished third overall with Bigham.