Race leaders Waylon Woolcock and HB Kruger continued to rule the Liberty Winelands Encounter with a measured display of riding in the second stage in the Boland today.

With their second stage win, the BCX pair created a six-minute lead going into the final leg tomorrow.

They completed the 57km stage from Franschhoek to Wellington in 2:17:21, finishing ahead of Andrew Hill and Marco Joubert (TIB Insurance-Momsen Valley Light) in 2:20:35.

Jurgens Uys and Nicol Carstens (Versus Socks) were third for the second consecutive day, finishing in 2:23:00. 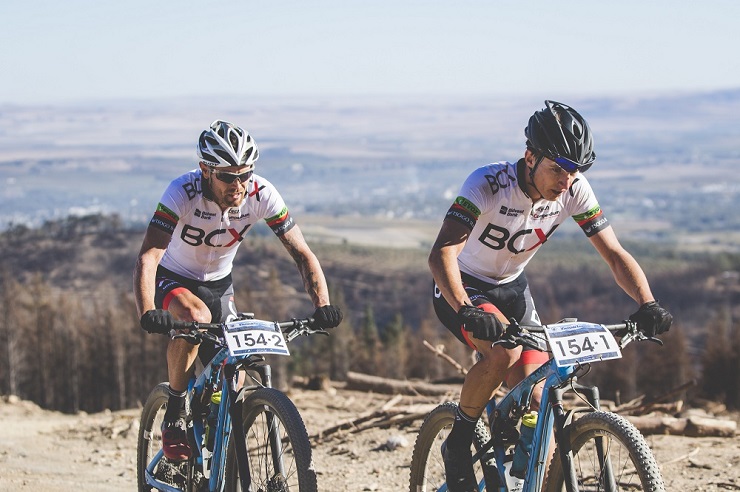 With the advantage from day one, Woolcock said they merely maintained the pressure on their rivals until the climb up Cascade Manor 40km into the race.

“The guys were on and off us the whole time and we had a gap of about one minute when we hit the big climb of the day.”

He added that they wanted to build up a decent gap going up Cascade Manor to the Hawekwa Plantation. 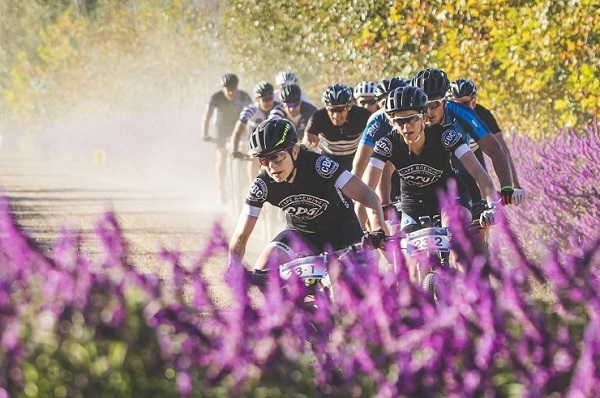 Jennie Stenerhag and Katie Lennard, of Cape Brewing Company, lead the bunch on the second stage of the three-day Liberty Winelands Encounter, in partnership with STANLIB, from Franschhoek to Wellington today Photo: Ewald Sadie

“We managed to achieve that and still had something in reserve to be fairly chilled on the single-track down to the finish,” said Woolcock.

After riding a large part of the first stage of the Liberty Winelands Encounter, in partnership with STANLIB, at tempo, he said they had been able to ease back even more today.

“You could see that fatigue had set in with some of the riders and I always believe in keeping something in reserve rather than trying too hard and making mistakes.” In the mixed category Corne Barnard and Vera Adrian (dormakaba RA) took the day’s honours in 2:37:03.

They were followed home by Matthew Stamatis and Carmen Buchacher (Home Ice Cream) in 2:37:47 and Pieter Seyffert and An-Li Kachelhoffer (Bestmed-Ellsworth-ASG) in 2:44:26.