Waylon Woolcock and HB Kruger used their experience and knowledge of the region to win the three-day Liberty Winelands Encounter mountain bike race at their first attempt today.

As they have done throughout the event, the BCX pair created a lead in the first half of the 48km final stage in the Wellington area to cross the line first in 1:49:34. 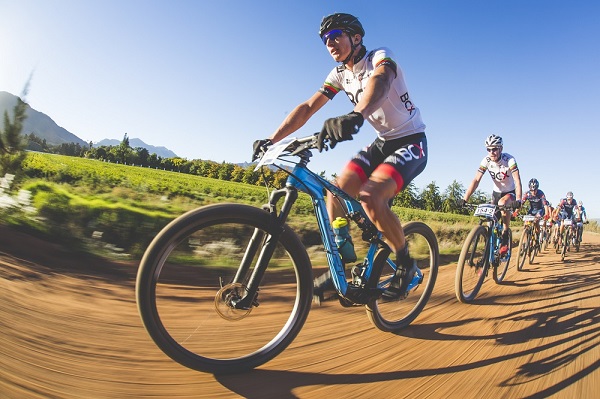 HB Kruger (front) and Waylon Woolcock, of BCX, lead the way en route to their third stage win and overall victory in the Liberty Winelands Encounter, in partnership with STANLIB, near Wellington in the Boland today. Photo: Ewald Sadie

Sweden’s Jennie Stenerhag added the women’s title to the Cape Epic crown she won last month when she and her Cape Brewing Company teammate Katie Lennard headed the general classification in 7:38:48.

Woolcock pointed to the three-minute buffer they had seized on the opening day as the key to their success.

“We always knew it would be important to get a gap on the opening day,” he said. “It always gives you a mental head start on the rest so we went hard from the start on the first day.” 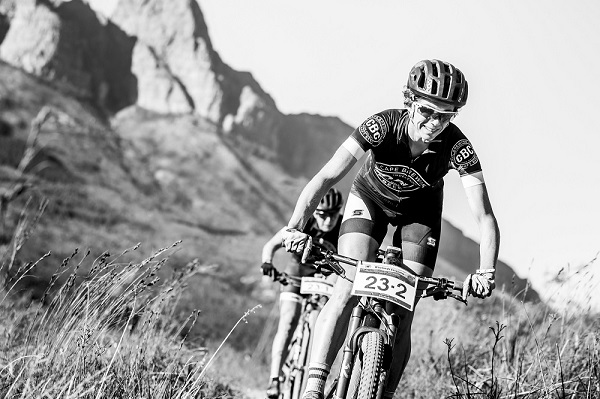 Katie Lennard (front) and Sweden’s Jennie Stenerhag, of Cape Brewing Company, took the honours in the women’s race of the Liberty Winelands Encounter, in partnership with STANLIB, which finished near Wellington in the Boland today. Photo: Ewald Sadie

Kruger said they began the final leg with the aim of staying near the front and avoiding any final day mishaps.

“As we both come from the region – I’m from Paarl and Waylon from Stellenbosch – it was very satisfying to win this title,” he said.

Kruger said they had particularly enjoyed the overall atmosphere of the Liberty Winelands Encounter, in partnership with STANLIB. 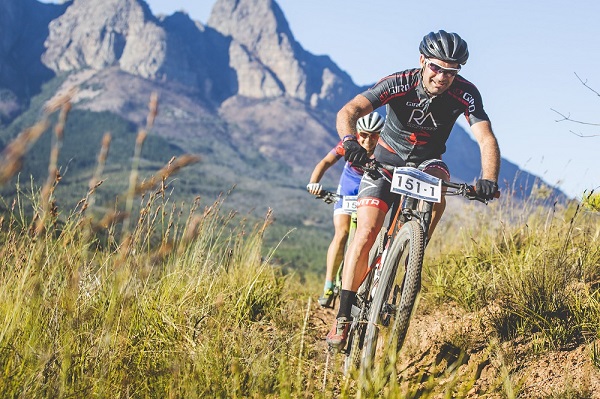 Corne Barnard (front) and Vera Adrian, of dormakaba RA, took the honours in the mixed category of the Liberty Winelands Encounter, in partnership with STANLIB, which finished near Wellington in the Boland today. Photo: Ewald Sadie

“Generally it was quite a relaxed vibe. There are some good routes and a thumbs up to the organisers for their hard work.”

Stenerhag was pleased with her effort after she and Lennard won the final stage ahead of Companero’s Jana Kruger and Ilse Viljoen.

“I particularly enjoyed riding with Katie, who was always very good on the technical sections. Overall it was a good experience.”

In the mixed category, dormakaba RA’s Corne Barnard and Vera Adrian won their third stage in a row in 2:03:10 to head the general classification on 7:07:28.