Doctors told Keagan Girdlestone he would struggle to lead a normal life after a crash at the Coppa della Pace road race in Italy saw him attached to a ventilator in hospital last year, but he is continuing to beat the odds.

The 20-year-old, who only has one elite race under his belt since returning to competition recently, will aim to take his comeback up a further notch at the Grafton to Inverell Cycle Classic in northern New South Wales in Australia this weekend. 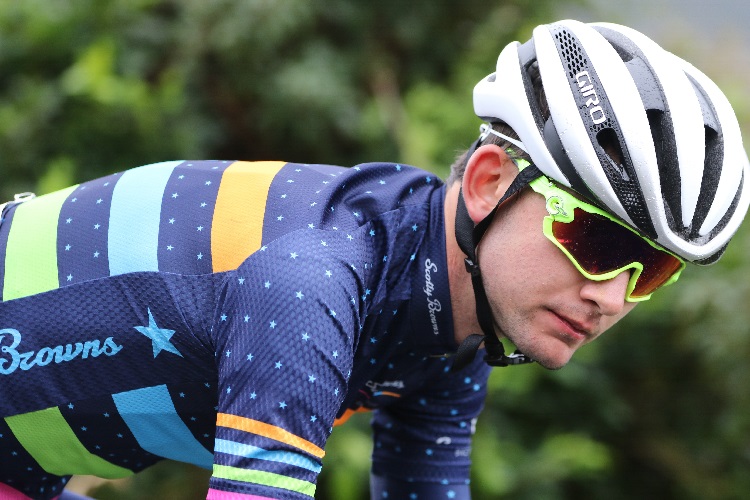 Keagan Girdlestone will compete in the Grafton to Inverell Cycle Classic – his longest race ever – in Australia this weekend. Photo: Supplied

The decision to take part in the 228km race that forms part of the National Racing Series was made on impulse after he was invited to join Team Ultra Racing by his friend Richard Lawson.

“It was a very spur of the moment decision to enter but I thought ‘why not?’ My recovery is going well and I think I’m currently on the right path.

“I’m not really that far off my previous power,” said the South African, who started racing internationally with the Dimension Data continental team after winning the final stage of the 2016 Bestmed Tour of Good Hope.

“I just need to get the racing legs back and that’s part of the reason I’m doing Grafton to Inverell.”

Doctors initially restricted him to riding at a heart rate of under 145 beats per minute, but the condition was lifted in late March just before his return to racing at the second round of the Calder Stewart Cycling Series in Dunedin, New Zealand.

“For Grafton to Inverell my realistic goal is just to finish, but my personal, incredibly enthusiastic goal is to finish with the main peloton.”

Unperturbed by the challenge of competing in his longest single-day race ever, Girdlestone said he felt as fit as he’d ever been but added the expected intensity of the race was cause for slight concern.

“If I know what I’m capable of, I can take it to the extreme. But it is also important to know when to quit, though I haven’t gotten to that stage yet,” he joked, adding that he rarely backed down from a challenge.

Throughout his recovery, the younger of the Girdlestone cycling brothers has continued to display a positive attitude despite admitting to some anxious moments.

“I was never actually scared about returning, but there were a few things that weighed on my mind.

“At the start I was concerned about how my arm would handle the force on the descents and I also worried about what would happen if I fell and hit my head.”

In the last few months he has regained some of the use of his right arm, which was paralysed after the crash.

He said while it had never made too much of a difference on the bike, the increased use would mean he could now start to “live as I used to”.