Inspired by his brother’s miraculous recovery, Dylan Girdlestone said his fifth place at the recent Tour Durban had been a huge turning point after his own accident in 2015.

The two-time Bestmed Jock Cycle Classique champion’s career was derailed when he broke his hip shortly after returning from racing overseas.

And then he went through another traumatic experience when his younger brother, Keagan, suffered a near fatal crash during the Coppa della Pace in Italy in June last year.

After lengthy periods of rehabilitation, both brothers are back on the bike and Dylan said he was ready to take the next step. 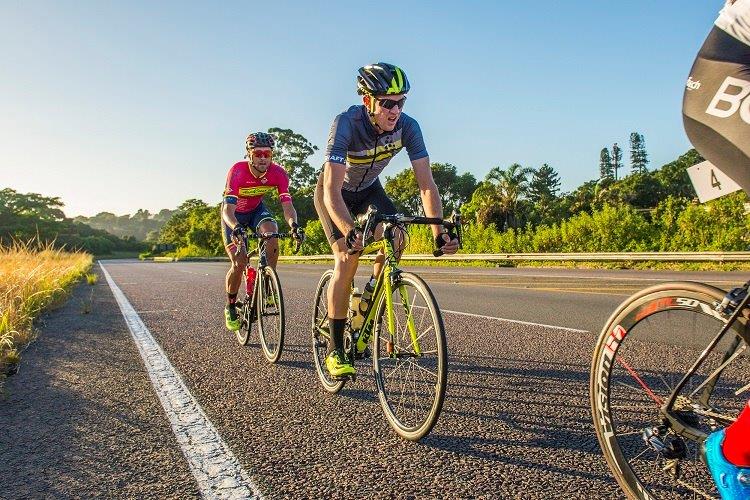 Dylan Girdlestone said his fifth place at the recent Tour Durban had been a huge turning point after he suffered an almost career ending unjury in 2015. Photo: Anthony Grote

“My first race back in South Africa was the 947 Cycle Challenge at the end of last year and, two weeks ago, I raced the Emperors Palace Classic,” said Girdlestone.

“I was much stronger then than I was at the 947 and that led me to entering Tour Durban.

“My legs were feeling really good and I managed to get in the break and finished fifth,” said the 27-year-old, confessing that he was surprised that he had been able to keep up with the pace.

“It’s taken me the best part of a year to recover from my accident; that’s why I’ve been off the radar and haven’t really been racing too much.”

He said the 105km KwaZulu-Natal race had been a huge mental boost for him.

“It was definitely a bit of a turning point, especially mentally, as it’s opened my eyes to what I’m still capable of.”

Girdlestone admitted he had come to detest the bike for some time after Keagan’s crash.

“It made me hate the sport because it was relatively soon after my own accident, but seeing him come back like he has really inspired me,” he said.

“He’s eight years younger than me, but he’s one of my biggest inspirations. Seeing his incredible recovery gives me no reason not to do the same.

“I know I’ll never get back to the same level I was but after the last two weeks I now feel sure that I am capable of winning in South Africa again.”

Girdlestone has settled into a full-time job and said he had no plans to return to racing overseas.

“Cycling has always been my life and I dreamt of racing overseas and competing in the Tour de France, but my injury took that away from me.”

Working as a sales consultant at a cycle shop in Fourways, Johannesburg, he plans to compete more seriously in the second half of the season.

“Before Tour Durban I had no idea that my fitness was at such a good level or that I could even deliver such a performance.

“For now, I’m going to keep my job and race here and if I get the chance to race the Jock I’ll do that and go for my third win.

“The other major event I’ve always wanted to win is the 947, so towards the end of the year I’ll go for that.”

His brother, who won the final stage of the Bestmed Tour of Good Hope last year, is set to race in the Subaru National Road Series in Australia this weekend, his first race over 200km. 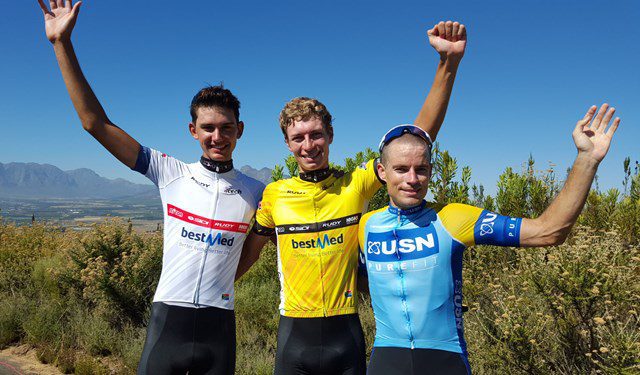 Keagan Girdlestone (left), who won the fifth stage of the 2015 Bestmed Tour of Good Hope, is well on the road to recovery and will compete in the National Road Series in Australia this weekend. Photo: Warren Elsom