After two recent second-place finishes, and one third place earlier in the race, Mikel Landa of Team Sky has finally taken the win in Stage 19 of the Giro d’Italia, in Italy, today.

But the Spaniard’s victory was overshadowed by the battle for overall leader, when bad legs and a poor start saw Tom Dumoulin of Team Sunweb lose the maglia rosa to Nairo Quintana of Movistar.

Landa crossed the line with a comfortable lead of almost two minutes on runner up Rui Costa of UAE Team Emirates, followed closely by Pierre Rolland of Cannondale-Drapac, to make up the podium. 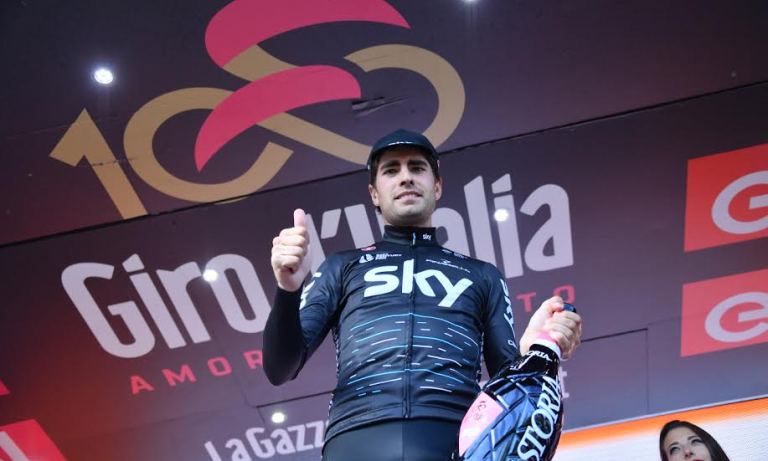 Landa said he had started well, but had to regroup after a crash early on. He said he was very happy and emotional, because his family were present to share in his victory.

“I had a teammate in the breakaway, and this was key for my win today. I’m very happy and proud. Maybe it’s not what we expected at the beginning, but I’m very proud.”

Meanwhile, Dumoulin’s fall from top spot follows after heated words about his challengers in the GC yesterday.

Current third place holder in the GC, Vincenzo Nibali of Bahrain-Merida heard those words while on his team bus and quickly fired back.

“I don’t care what Tom says, I think he’s a bit too cocky. I’ve never talked that way. He’s shown he’s strong in the race but he’s shouldn’t talk so much. He could lose the podium too, anything can happen,” Nibali told Italian television.

Many could now see Nibali’s words as prophetic, even though Dumoulin apologised to Niboli and Quintana before the race.

“We need to talk with the legs and not with the mouth. I said something that came from the emotions. It was not good and I’m sorry that I was not very respectful,” Dumoulin said on Italian television while shaking hands with Nibali before the race kicked off.

Talking after the race, Dumoulin explained what had happened.

“I had bad legs from the start and I made a rookie mistake at the beginning, sitting at the back of the bunch on the downhill.

“Then Bahrain and Movistar split the bunch and I was in the second group and needed, with my bad legs, to go to the maximum to come back, in the middle of the stage. So that was really unnecessary.

“In the final I tried to limit my losses and I did that very well. My team was really strong today, they saved me a couple of times, so I have to thank them otherwise it would have been a much worse day.
Top results