Pierre Rolland won his first race in two years when he secured victory on stage 17 of the Giro d’Italia, which took place between Tirano and Canazei in Italy, today.

The Frenchman led 3km from the finish and was able hold off the chasing group as he maintained a 20 second gap. 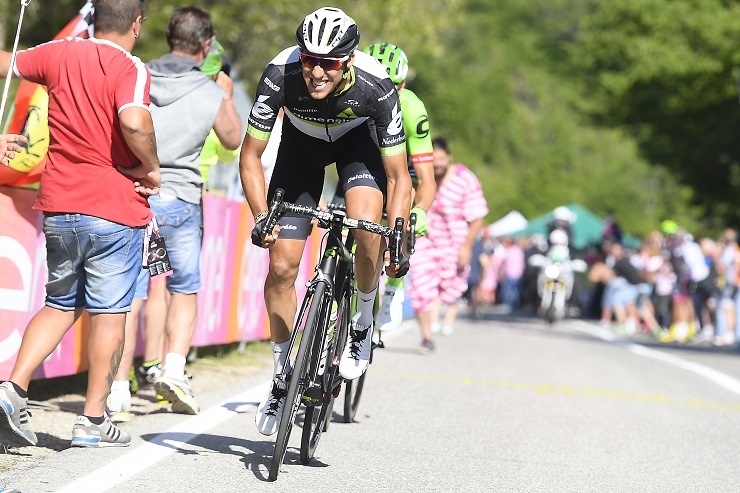 A mighty effort from the Cannondale-Drapac rider saw him pip Team UAE Emirates’s Rui Costa to the post with Movistar’s Gorka Izagirre rounding off the podium.

“I’m just so happy. I’ve waited for this moment for such a long time,” said Rolland.

“In 2015 I finished second in a Tour de France stage, and last year was just a year to forget for me – I crashed twice in the Tour.