It was almost a dead cert that national junior road and track champion Jason Oosthuizen would get into cycling, but it’s the unpredictability of the sport that keeps him hooked.

“The thrill of not knowing how a race will play out is what keeps me coming back,” said the ProTouch rider, who beat his dad, Thys, to take the overall victory at last weekend’s Vets & Junior Tour in Mpumalanga.

“One day I heard Peter Sagan say ‘Why worry about something you can’t control?’ and that’s exactly what I love about cycling – it’s uncontrollable.” 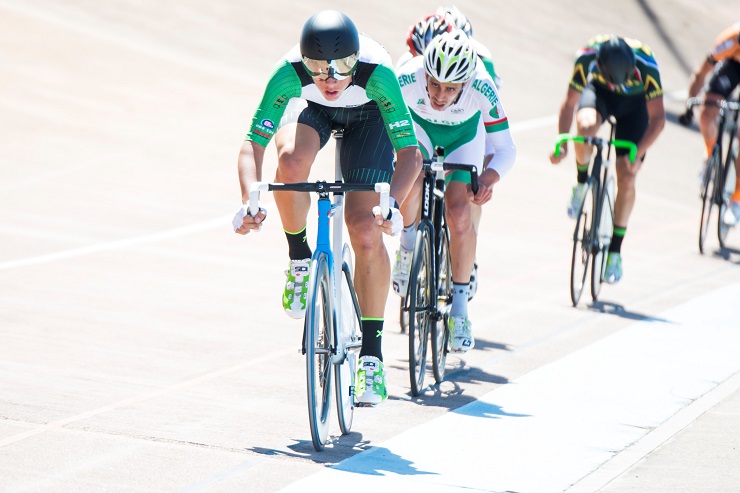 Junior national road and track champion, Jason Oosthuizen, will jet off to Ireland for the Junior Tour of Ireland next month. Photo: BOOGS Photography

The 18-year-old from Krugersdorp, who is currently preparing for next month’s Junior Tour of Ireland, said his goal for the year is to achieve “proper results” in international competition.

“In general, I’m going there to just get the best results I possibly can so that I can hopefully stand a chance of getting signed by one of the pro teams,” said Oosthuizen, who dreamt of one day competing for a team like Quick-Step Floors.

“They’re more of a classics team and that’s the kind of rider I am.”

His previous experiences overseas, and in particular when he went to Europe for the first time in 2015, had not been nearly as successful, he admitted.

“Everyone over there beat me badly, but, because I’m so competitive, I came back and was inspired to get better and go back to prove that I can compete against the best.”

He said he started off as a mountain biker, but time constraints and demands to balance his training with school work meant he was forced to train on the tar rather than the trails.

“As soon as I hit the tar, the bug bit me and since then I haven’t been able to stop.”

He also won titles on the track and road at the African Continental Road Championships this year.

“My dad is the one who keeps me motivated. We train together every day and I find myself competing with him in every training ride that we do.

“He’s my inspiration and the one who keeps me going,” said Oosthuizen, who will head to the junior world track champs in Italy in August.

He also hopes to be on the national team for the Junior Road World Championships in Norway in September.