Overall leader Waylon Woolcock will use his experience in a bit to outpace the competition at the second event in the Western Cape Trailseeker Series, which takes place in Grabouw on Saturday.

Woolcock, who won the first leg of the series in Tulbagh in late-April, said he was prepared for more of a challenge this time. 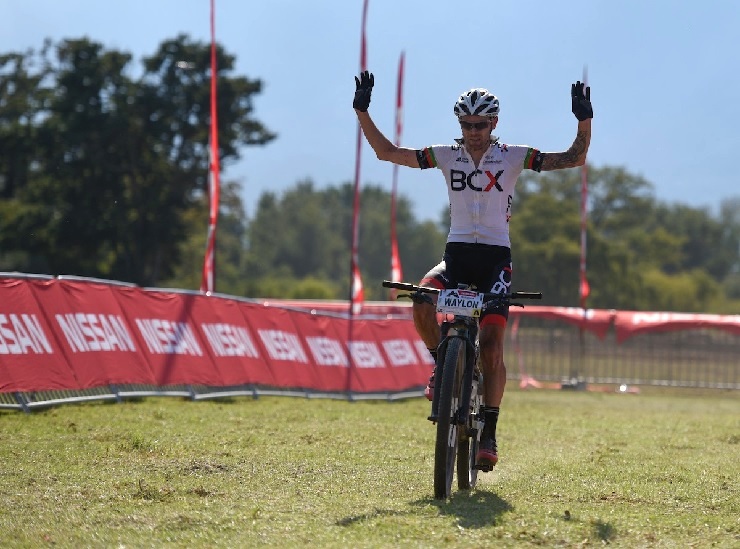 BCX’s Waylon Woolcock celebrating his victory at the first round of the Trailseeker Western Cape Series in Tulbagh. Photo: www.zcmc.co.za

“There’s no real defining point in the race that I can use to my advantage, like I did in Tulbagh, so I’ll use my years of experience on the day to see who’s looking good and who isn’t.”

The BCX rider, who is notoriously strong on the climbs, said he’d play to his strengths but not rush the pace.

“One is often inclined to try and ride off the competition as soon as possible and get a gap, but sometimes you need to do it gradually – ride a couple of guys off, get a rest, and then ride a few more off.”

The 67km marathon would be a tricky one to judge, said Woolcock.

“The distance is long enough that you have to pace yourself, but it’s also one of the races where you could almost go cross country style and ride quite hard from start to finish.

“You looking at about three hours of racing, so I’m hoping the cross country riders might start fading after the first one or two hours, like they did at Tulbagh,” he said.

“Obviously experience can only take you so far. Your legs still have to do the pedalling.”

A full racing calendar has kept the Stellenbosch local in fine form and he said the podium would be his goal. 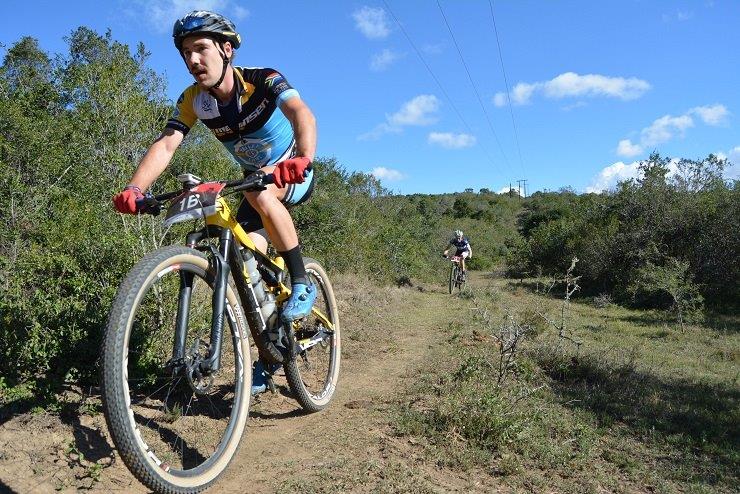 Marco Joubert finished second at the first round of the Trailseeker Series in the Western Cape. Photo: Full Stop Communications

“Every race that I go into I’d like to win and I think I stand a good chance of bettering my places from previous years,” said Woolcock, who finished fifth in Grabouw in 2016.

“I haven’t broken my season up like I did last year. I came into Grabouw last year having had about a week back on my bike so I was relatively unfit.

“This year I’ve had a different approach and I’ve had some good stepping stones to keep up the training,” said this year’s Winelands Encounter and Great Zuurberg Trek champion.

In Tulbagh, Woolcock was followed closely by Momsen Valley Light’s Marco Joubert, who finished a minute behind.

“Marco had a really good race last time and I was really pleasantly surprised by his result. He’s definitely a guy to watch, a good up and coming young rider.”

Woolcock said Alan Hatherly, who completed a hat-trick of victories at the SA MTB Cup Series XCO event in Pietermaritzburg last weekend, and Matt Beers would also be threats.

Joubert said he’d aim to ride as he did last time out.

“From last time I know I can stick with the top guys so I’ll definitely try go for a win. I know it won’t be easy as everyone is in top form.”

He acknowledged his competition’s strength on the climbs and said he hoped for some challenging technical sections to help level the playing field.

“I’m always keen for a gnarly downhill or some good single-track.”

See here for more news and results on the Western Cape Trailseeker Series.