Three years ago Mike Woolnough set himself a goal – to finish the 475km Race to Rhodes in 54 hours.

After finally achieving his goal this year, Woolnough chatted to In the Bunch and explained what he finds most rewarding about endurance events.

Q. What motivates you to do events such as Race to Rhodes?

A. Over the years I have done my fair share of one day races and mass participation multi day stage races.

While enjoyable they provided no lasting sense of achievement – probably because I never amounted to more than a middle of the field rider.

In endurance races I found the sweet spot when my natural ability meshed with the trail challenges meaning I was able to be competitive.

Also, at 57 years of age I’m no spring chicken and in the endurance arena being older is more an asset than a liability.

More than that, I find adventure riding engages me fully, physically, mentally and emotionally. 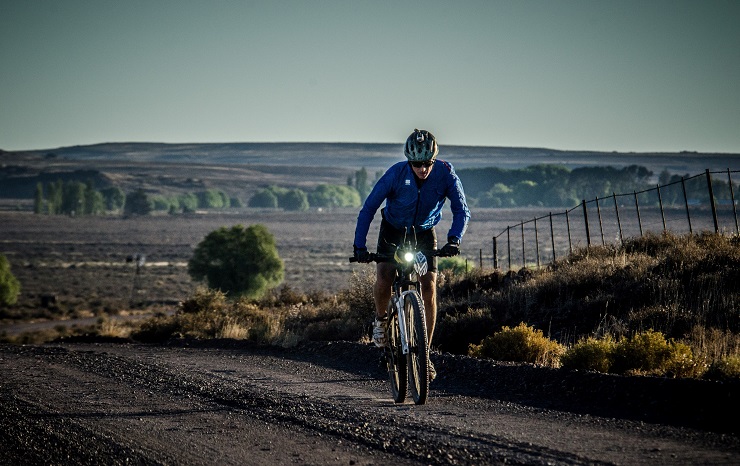 Mike Woolnough, at 57 years of age, has found his niche in endurance events he finds them mentally and physically fulfilling. Photo: Supplied

Q. What motivated your decision to complete the journey in 54 hours?

A. In 2014 a friend and I, after one too many cups of coffee, came up with the concept of racing your age to Rhodes. By that I mean taking one hour for every year of your age.

Back then I was 54 so the challenge was to do it in 54 hours. It was a huge stretch as it meant bettering my previous best time by 17 hours.

Fast forward 3 years. With a handful of successful races under my belt over the previous two years, including a top three finish in the 2016 Munga, I was in the best condition of my life.

I still hankered after a ‘Race Your Age’ finish and believed I had the condition to achieve it. I didn’t want to take advantage of the additional years that had tick by so I pegged my attempt at my original target of 54 hours.

Q. Talk us through your journey.

A. The race is broken up into six sections – five support stations and the finish. In order to start on the right footing I had to get through the first support station before 2pm. I had never managed to get there before 1.50pm.

This year I rolled in at 1.06pm in spite of cramping badly for the previous two hours. I was out the door at 1.16pm, well ahead of target.

A navigational error through a forest toward evening wasted 40 minutes but still had me arriving at the next checkpoint ahead of schedule.

I pushed through to the second support station arriving 20 minutes ahead of my prediction just before 11pm. A quick stop had me out the door and onto the next objective.

I continued to keep ahead of my predicted schedule for the following 25 hours when I found myself in a remote overgrown valley just after midnight with the moon long since set.

I had to get a bit creative with my line through the valley which meant crossing a river a couple of times which I had hoped to avoid.

Taking an unfamiliar route meant I had to move slowly and carefully or risk getting lost and going to ground until the sun came up.

I managed to find my way through to the final support station but by then I was nearly an hour and a half behind schedule.

To make up the lost time I took two aggressive lines over the last portage which took me three and a half hours of lugging my bike up a mountain.

Once over the portage I burnt every last ounce of energy to pedal the last two hours into Rhodes.

At the end of the day I missed my target by 10 minutes but I’m satisfied with my finishing time of 54 hours 10 minutes.

Cramps and a few navigational errors cost me a few hours but that’s how it rolls.

At the end of the day I wasn’t racing anyone but myself and was properly pleased with my finishing time. 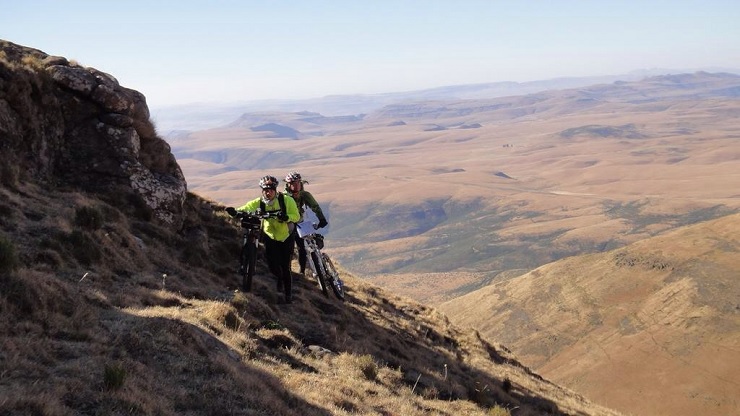 Leaving nothing to chance, Mike Woolnough prepared a schedule that detailed where he needed to be at any given point along the route to ensure he achieved his goal. Photo: Supplied

Q. What was your approach to the event, knowing you wanted to complete it in 54 hours?

A. In a situation like this. pace is less critical than momentum. The terrain changes constantly. There are few opportunities to simply crank out significant miles.

Some sections require you to sling your bike over your shoulders and spend the next few hours hauling it over a mountain. Your average speed at times like that is close to 2km/h.

I compiled a detailed 54 hour schedule of when I wanted to be at various checkpoints factoring in delays due to terrain and fatigue.

A critical aspect of my race strategy was to minimise the amount of time I spent moving through support stations.

My shortest stop was 6 minutes and I aimed to get through most in 20 minutes. It’s too easy to get snagged in the comfort of a support station.

I wanted to ride non stop even though I knew I would need a couple of power naps.

During the race I got away with three 10 minute naps. The first on a farmers couch while I waited for breakfast, the second propped up against a rock on a mountain ridge and the third on a bed at a support station while still fully dressed, including my shoes.

Q. What were some of the highs and lows over the two days?

A. There comes a point about 12 hours into the race where you get exhausted to the point of feeling nauseous.

The first low point of the race for me was leg cramps on day one. It was expected but it dragged on for hours before eventually settling down and this cost me precious time.

I also made two rookie navigational errors during the race that cost me over an hour.

Interestingly enough they didn’t count as low points at the time but rather as situations that I needed to engage with and figure out.

Once I had figured out how to get back on track there was a feeling of relief which would tick the high box.

Q. How did you feel once you’d reached Rhodes?

A. Arriving in Rhodes I was completely exhausted. It was a combination of physical fatigue and mental exhaustion. More than anything I needed to sleep.

I would have liked to have made a grand entrance but such was my condition that I had to walk up the last small incline to the finish.