The Giro d’Italia was an experience filled with equal parts sacrifice and smiles for South Africa’s Ryan Gibbons as he made his Grand Tour debut at the 100th edition of the event last month.

Gibbons, who signed for Dimension Data last year, said the 21-stage event had been a steep learning curve when it came to the mechanics of team work.

“You have to have faith in your teammates. You’re all in it together and must approach every stage with a goal and purpose,” he said. 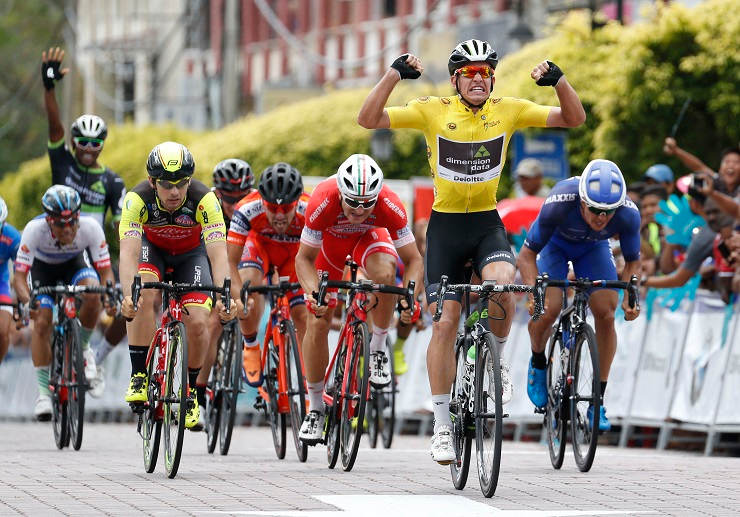 “Sometimes you will have to sacrifice yourself and it’s very important that you believe in the game plan and have belief in your teammates.

“More often than not it doesn’t work out, but that’s racing,” he said. “It just makes it so much more special when it does.”

As much as cycling is about teamwork, the Tour de Langkawi champion said he had also learnt the importance of self-belief.

“I was part of a two-pronged attack in the sprint stages and was given two opportunities to sprint for myself, but on both occasions I was hesitant and that cost me a result.

“I learnt that it’s important to play to your strengths and choose your battles.”

The 22-year-old chose well as he had South Africans on the edge of their seats in delivering a number of top-10 finishes.

He was eighth on the opening stage and followed it up with two seventh place finishes (stage two and five) and two sixth places (stage seven and 12) before delivering his best result on the 13th stage when he finished fifth.

Despite his results, Gibbons said the remainder of his tour had been marred by dissatisfaction.

READ |  PwC back in the saddle at Great Zuurberg Trek

“The first top-10 settled the nerves a bit and gave me the confidence I needed, but thereafter it was frustrating and disappointing not to finish higher.”

However, Gibbons took satisfaction from the team’s successes and said Omar Fraile’s win on stage 11 had been the highlight of the tour.

“I was in the grupetto with about 50 riders, with 10km to go, and one of the Bora-Hansgrohe riders came up to me and Johann (van Zyl) and told we had won.

“We both knew immediately it was Omar as that morning he’d told us he wanted to win that day.

“Daniel (Teklehaimanot) and Kristian (Sbaragli) were also in the group and the four of us rode the last 10km with smiles across our faces,” he said. “That was a special moment.”

Hundreds of thousands turned out to offer their support for the centenary event and Gibbons said he had been overwhelmed by the support.

“A Grand Tour always comes with more pressure and more media attention, but, in all honesty, it’s just another race.

“The number of spectators and amount of support I got on the side of the road and via social media were probably the things that surprised me most.”