Confusion and controversy marred Matt Beers‘ victory at the second of the Western Cape Trailseeker Series events, which took place in Grabouw today.

Beers, who chased in third for much of the 67km marathon event, was declared the winner after leaders Matthys Beukes and Gert Heyns were disqualified for taking an incorrect turn to the finish. 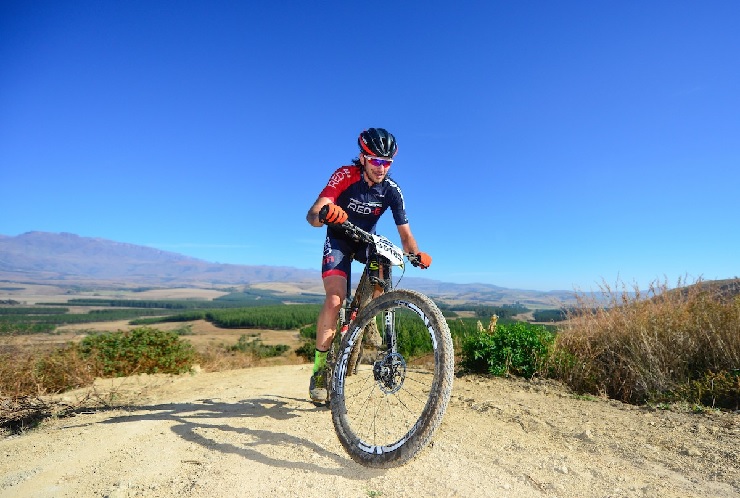 “Unfortunately they took a wrong turn 5km from the finish,” said Beers. “It didn’t take them down the single-track, it took them down some dirt road.”

Beers, who rides for RED-E/Cannondale, made the same mistake but an “X” marker made him question whether he was on the correct route and he made the decision to retrace his steps.

“I was then told by the lead motorbike that I was in the front and I thought ‘Oh, that’s pretty cool’ and just tried to hold it together until the finish.”

The race commissaires decided the initial results, in which Beukes and Heyns were named the top two, would not stand as they had failed to return to where they had gone wrong.

“It’s not a great way to win, especially as Matthys was definitely the stronger rider on the day,” said Beers.

“Everything came down to that final climb and I just couldn’t go with him.”

The 23-year-old set the pace from the early stages of the race as, splitting the group and taking the lead on the first major climb, 15km in.

His efforts paid dividends until Beukes bridged the gap, followed by Heyns and series leader Woolcock.

The latter, who won the first event, soon fell behind and it was Beers, Beukes and Heyns who led the race until the finish.

“Matthys and Gert managed to break away a couple of times along the course but each time I got back to them,” said Beers.

“After dropping out of the first event, I’m hoping to win the next two as well, but hopefully a bit more fairly,” said Beers.

“I’m looking forward to some good racing without having to deal with wrong turns. Hopefully we’ll be able to have a really good battle to decide who the stronger rider is.”

More news and results for the Trailseeker Series can be viewed here.