He was one of nine selected for the national junior team for a self-funded tour to Europe and he has been repaying the selection committee tenfold with three top-10 finishes in four races.

The 18-year-old finished fifth at Oetingen in Belgium at the end of June. He finished the 51km event just ahead of teammate Rickardo Broxham. 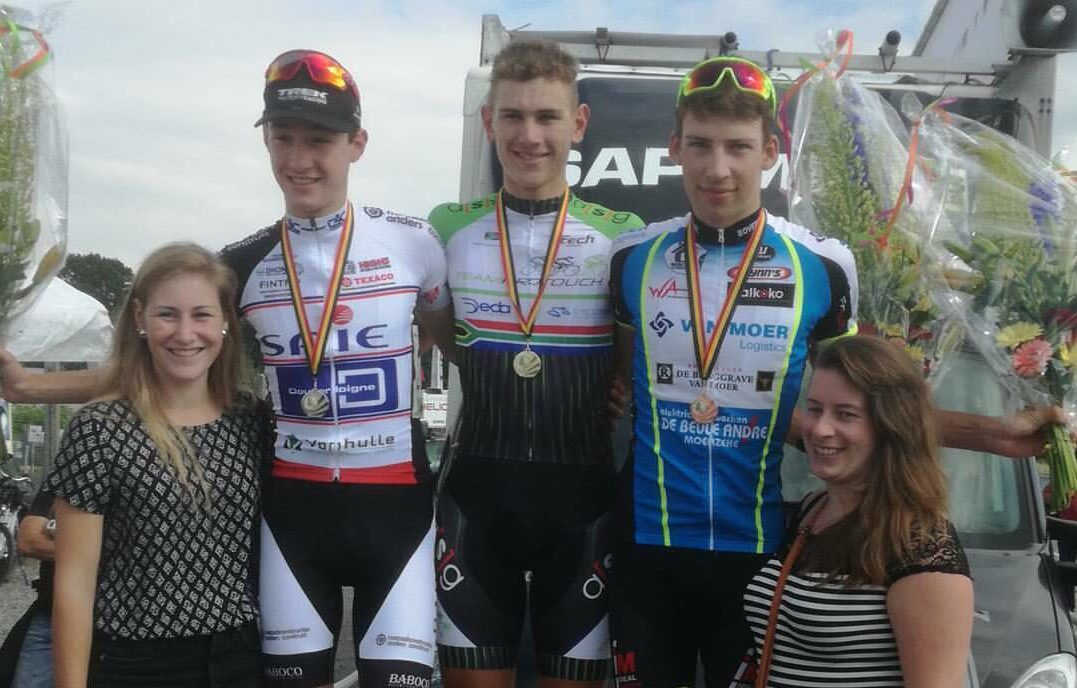 Jason Oosthuizen on the top step of the podium in Herselt after he won the 87.6km event. Photo: Supplied

“I went into the early breakaway because I’d heard the races tended to come together so I decided to just try my luck.

“We worked together and paced until the last kilometre, where we turned into the finishing straight. We then started to play cat and mouse.

“It was a very fast finish and as I was the bigger of the two riders I was with, the tailwind worked in my favour and I won.

“I think the best I could have asked for from this time in Europe was to win something.”

Reality hit in the third race in Heers when Oosthuizen punctured, forcing him to withdraw.

Despite this, his previous top-five positions made him a marked man as he started the fourth and final race in Schulen, Belgium. 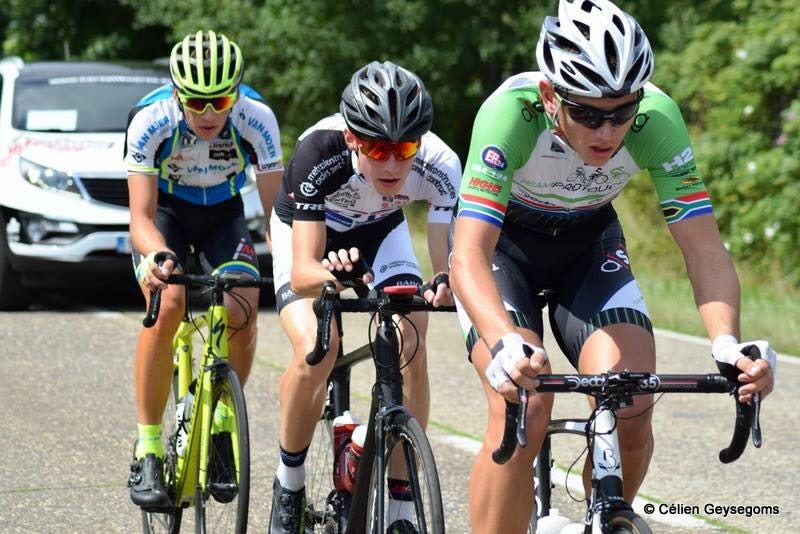 Jason Oosthuizen was part of a self-funded tour to Europe, where he recently won the event in Herselt. Photo: Supplied

“My plan was to get into the breakaway, but it was harder that time because the competition had started to recognise us South Africans and they marked us quite badly.

“The race went well until we came into the sprint and I unfortunately opened up a bit too early,” he said, but added it nevertheless made for a good experience.

With four races behind him, the Krugersdorp resident said he was ready for the Junior Tour of Ireland, which started with a 6km time-trial yesterday.

The six-day event covers just under 500km, concluding with a 77km circuit race.

No stranger to overseas competition, Oosthuizen said this year had been one for the books as he’d felt able to compete against the international riders.

With newfound confidence in his ability he said he’d be aiming for a top-10 position in the general classification.

“If I can’t get that then I’ll end up riding for the green jersey or a few stage wins,” he said.

“I’ve gained the confidence to actually compete for a race, not just hang on for dear life and hope for the best.”