South Africa’s Jason Oosthuizen continued to impress internationally when he won the third stage of the Junior Tour of Ireland at the Cliffs of Mohar in Ireland yesterday.

He sprinted to victory on the third stage, finishing the 101.7km race in 2:40:53. His teammate Rickardo Broxham wasn’t far behind, finishing 12th in the bunch. 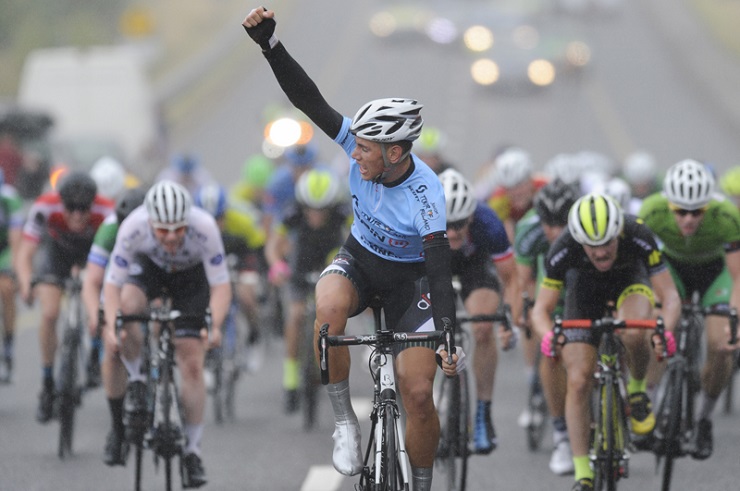 Jason Oosthuizen won stage three of the Junior Tour of Ireland at the Cliffs of Moher. Photo: Stephen McMahon

The junior, who finished second on day two, now leads the points classification by four points.

He and Broxham are 20th and 21st respectively on the general classification and their impressive performances have boosted South Africa to 8th in the team GC.

Oosthuizen started the tour fresh from success in Belgium, where he sprinted to victory in Herselt.