Two-time Tour de France winner Alberto Contador announced today that he would be retiring from professional cycling later this month. 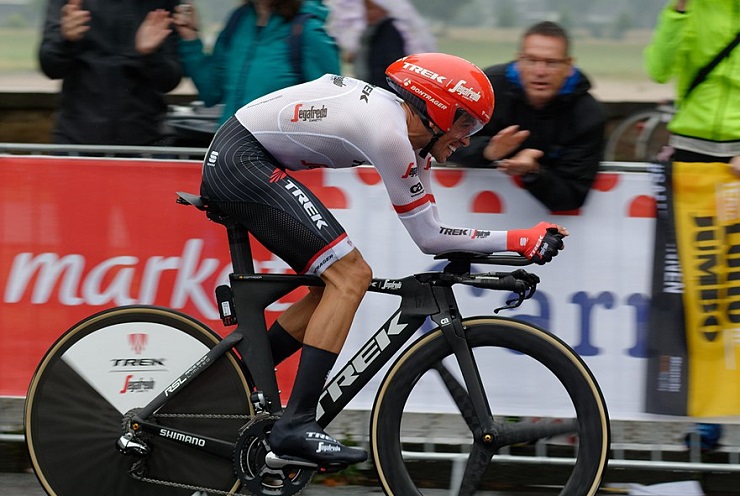 Alberto Contador announced today that he would retire from competitive cycling after the Vuelta a España later this month. Photo: youkeys (licensed)

The Spanish cyclist said he would bid farewell to the competitive side of the sport after the Vuelta a España later this month.

Having given it much thought, the Trek-Segafredo rider said he would retire “happy, without sadness” and that the event on his home soil would be a fitting farewell.

His announcement comes after finishing 9th at the 104th edition of the Tour de France where he finished in the top ten on four occasions.

It’s been a long and illustrious career for Contador, but it hasn’t been a smooth road. He underwent surgery to rectify a congenital vascular disorder that he was diagnosed with in 2004 and has worn the scar ever since.

His 2010 Tour de France and 2011 Giro d’Italia titles were taken away from his due to a doping suspension after clenbuterol was found in his system, which he claimed was due to ingesting contaminated meat.

Along with Eddy Merckx, Bernard Hinault, Jacques Anquetil, Felice Gimondi and Vincenzo Nibali, Contador is the only other rider to have won all three Grand Tours.

Contador was seen by many as the top climber of his generation.

Watch what Contador had to say on his Instagram profile.

Gracias a tod@s! Thanks to all!