Having taken part in the Tsitsikamma race since its inception, De Villiers said she knew the field would principally be social riders but she was nevertheless determined to give it her all over the three days. 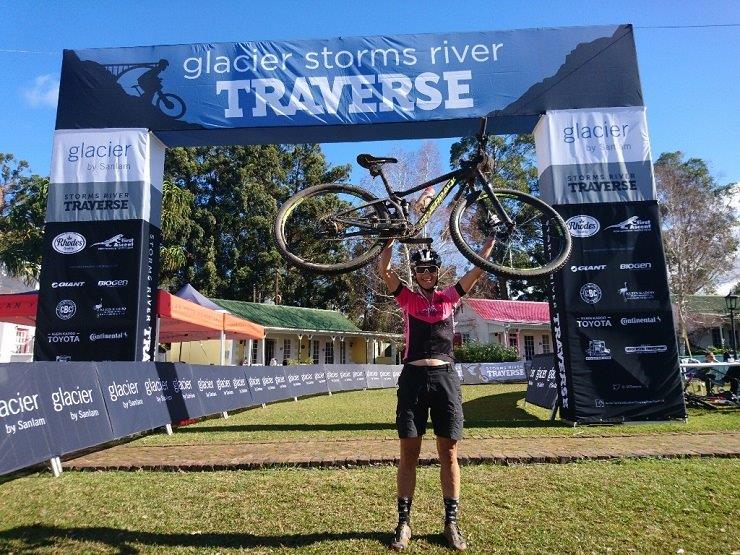 “I’ve been in a racing block, competing almost every weekend now for about seven weeks because Trans Baviaans is coming up and I couldn’t really tap off,” she said.

“I know the field for this event is usually more laid-back but I decided to race to the best of my ability and use it as the last bit of training for that.”

The Oudtshoorn local placed first on each of the three days and took the overall title more than 40 minutes ahead of the next finisher, Vincent Hill, who won the men’s solo section.

Not wanting to jinx herself, De Villiers admitted she was feeling very good after the race.

“I’m touching wood as I say this, but I feel strong. I haven’t been sick and everything seems to be coming together nicely.”

She said the event hadn’t been without challenges and the climb out of the river mouth on the second day had been a particularly tough hurdle to overcome.

“That monster climb out of the Storms River mouth is something special. Wow, it’s steep,” she said.

“I think it’s about 20 per cent gradient and about 1.2km. It’s like eye-popping, leg-burning, blood-tasting hard.” 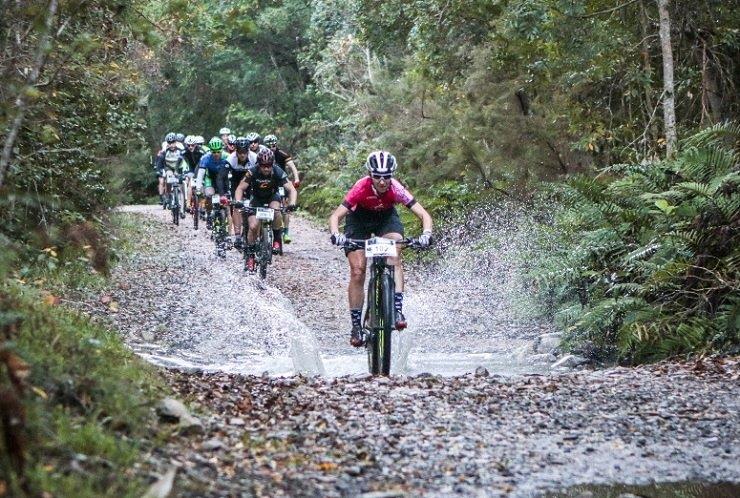 Yolande de Villiers left the competition behind as she sped to victory on each day of the Storms River Traverse in Tsitsikamma this weekend. Photo: Oakpics

She said there had been a slightly flatter section about halfway up, but it nevertheless had a nasty kick again after that.

“It had been raining the previous night and everywhere was quite wet, so the bike slid when you stood up. You really had to sit and keep the power on the wheels.”

Having started cycling 12 years ago, De Villiers said the cycling bug had bitten after her first session on the bike – a spinning bike.

“After having my kids I put on a bit of weight so I decided I should start spinning. After that I was hooked and I did my first race that same year,” said the mother of three.