Social media posts like that of mountain biker Frances du Toit, which appeal for help to cover the costs of representing South Africa internationally, will possibly become the norm due to Cycling South Africa’s new self-funding policy.

After winning the U23 cross-country title at last month’s SA National MTB Championships, Du Toit was selected to represent her country at the UCI MTB World Championships in Australia in September.

Surprised by her selection, the 19-year-old said she had resigned herself to the fact that she would not be going as she simply did not have the R35 000 needed to get her there. 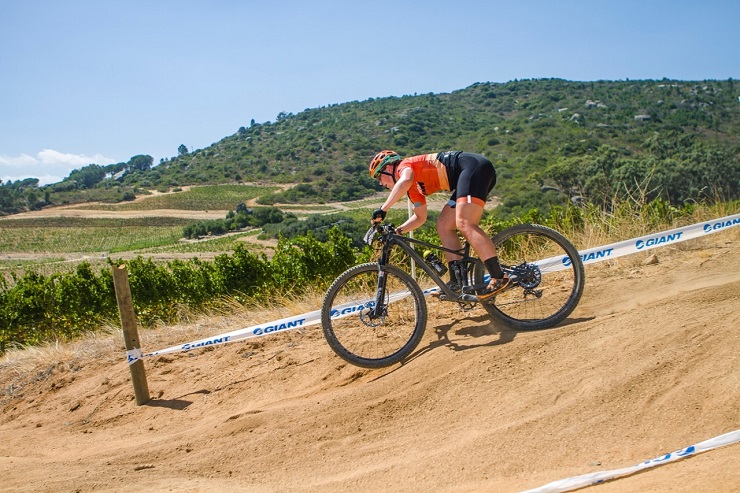 Frances du Toit, who was selected to represent South African at the MTB World Championships in Australia in September, has posted on social media calling for financial help. Photo: Double ST

“We don’t have that kind of money lying around so I just thought I wouldn’t be able to go,” said Du Toit, who has represented SA twice before at world championship level.

“Then a friend of my parents sent them a message saying, ‘I’ve got R5 000 for Frankie, she is going to Worlds, let’s do this’.”

The support served as a catalyst and the Du Toit family decided to put out an appeal on social media.

“My dad helped me write a short thing about what’s happening, what I’m doing and what the money will be used for.

“The response has been absolutely overwhelming. My mom has been flooded with messages and the support has been amazing.”

Du Toit said they had raised just over half the funds needed, but there was still a long way to go.

“We had to pay for half of the trip three or four days ago. I don’t know how my parents paid for it but we’re now waiting for the money to come in so that it can cover that.”

She said they would continue to gratefully receive further funding until the full amount had been reached.

While Jessop’s team indicated he would go, Buys confirmed he would not be making his way Down Under as both the funding and his current seeding were concerns.

“The funding is quite a big thing, especially with CSA’s self-funding policy,” he said, indicating it was a lost opportunity for SA riders.

“You won’t have a lot of European teams there because it’s a lot of travelling so the depth of field won’t be as rough as the European champs.

“For any South African it would have been a perfect opportunity to get a result.”

How to help Frances: Those wanting to assist Frances, can get in touch with her mother, Marie, on mactoit@satweb.co.za.

NEXT ARTICLE | No third Clover Tour title for Willie Smit