South Africa’s Alan Hatherly has had phenomenal success this season and he capped it all when he finished second in the U23 category at the UCI Mountain Bike World Championships in Cairns, Australia, today.

The South African national cross-country champion completed six laps of the 4.3km course in 1:17:57 and was followed home by Germany’s Maximilian Brandl. 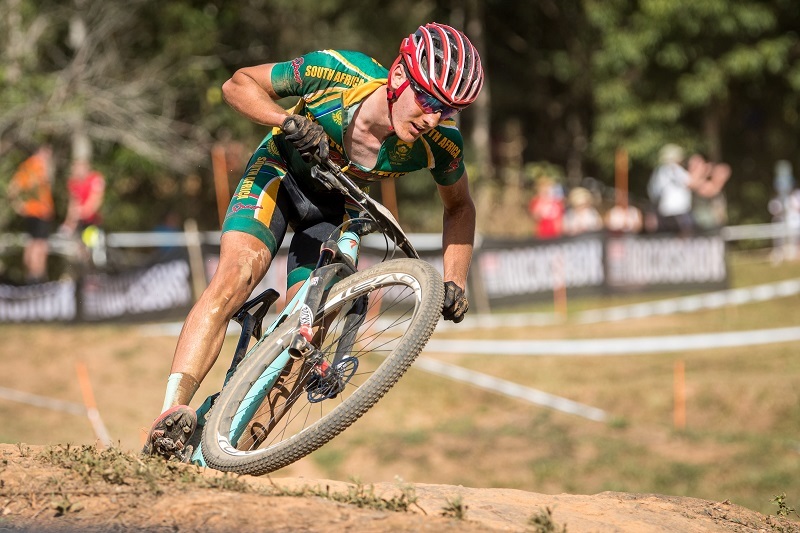 Hatherly said the race started at a high pace, which caused an early split in the field of more than 60.

“We all sat up after the start loop and looked at each other to see who would pull. By that time a group of seven had formed and we kind of worked together, but watched each other closely, as the tactics continued.”

He said the action really kicked off on the fourth lap when Gaze started to up the pace. 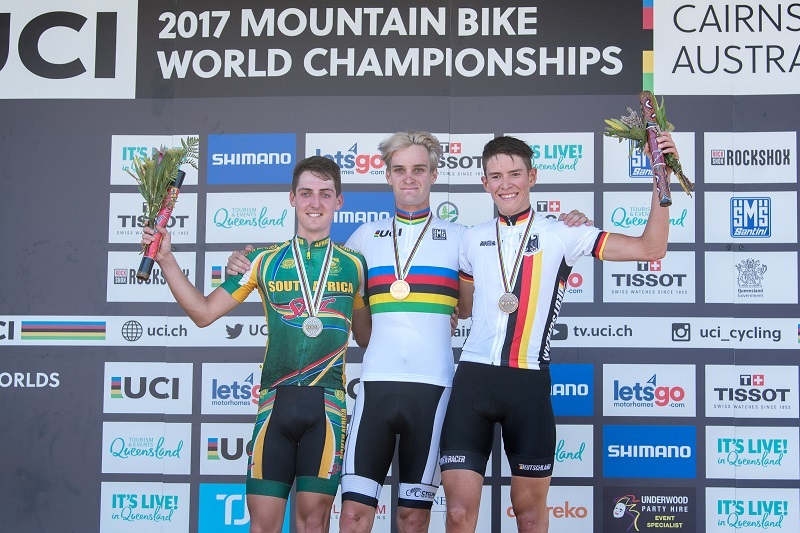 “I was lying fourth and could see guys were losing his wheel, which had me a bit panicked because there was not much chance of overtaking there.

“Fortunately, with this track it splits on the climb where there were more challenging, rocky straight lines. I attacked through one of these just to get past the bunch and chased Sam down to make sure he didn’t get away too early.”

He caught Gaze and they rode the final lap together before the Kiwi kicked it up a gear.

“I was feeling really good with a constant steady pace so I couldn’t react straight away,” said Hatherly. “He got about a 10-second gap and that’s how it stayed until the end.”

The 21-year-old said he was “stoked with the outcome” as it was one of his major goals for the year.

Click here for more results from the U23 cross-country race.