This win matches Malcolm Lange’s count, who is one of South Africa’s most successful cyclists.

“It is a nice feeling to be equalling the boss now,” said Hoffman, who has claimed five consecutive Amashova titles.

“Malcolm is one of the greatest in the sport and it’s definitely nice to be up there with him.” 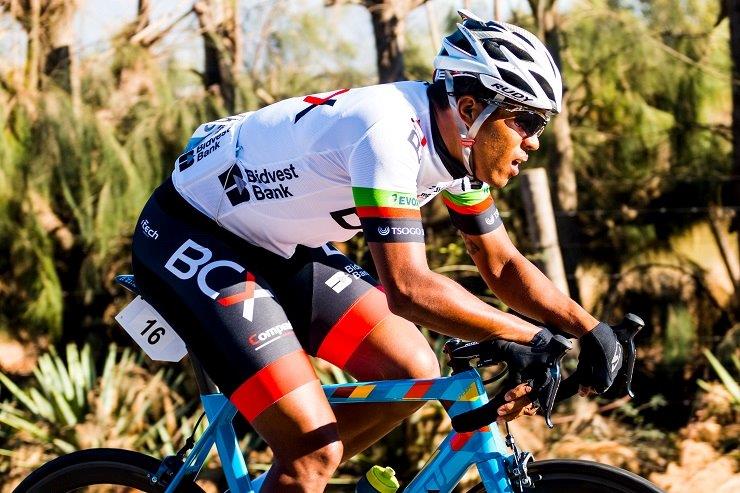 Hoffman said that they were riding for a bunch sprint finish.

“People always say it’s boring and not exciting racing when teams ride for bunch sprints, but it’s hard work for the boys to keep it together.

“It doesn’t look good when it’s all bunched up, but there was endless attacking and through the Valley of 1 000 Hills the guys gave it to us. They were dishing out the punches.”

Hoffman said that the biggest threat came from Team Dimension Data’s Kent Main, but that they managed to control him.

“We were really controlling things today and it was great,” concluded Hoffman.

The men’s podium was rounded out by RoadCover’s Clint Hendricks and Ryan Harris.

The ladies race was won by Team Demacon’s Carla Oberholzer, with teammates Kim Le Court and Heidi Dalton in second and third.

Hoffman and Oberholzer were also the respective winners in this year’s Bestmed Satellite Championship, which took place last weekend.